The co-design of Blå Station was initiated in conjunction with the development and opening of a new social practice for families in Tensta, with the ambition of creating an inter cultural and inter generational meeting place that stimulates imagination, strength, peace and collectivity.

The activities were planned in close collaboration with development leader Mia Stenberg Lind, and were also facilitated through a network of local organizations including Save the Children and The Red Cross. The workshops engaged citizens of the area in on-going open creative workshops happening ca twice a week during four months time. Participants, ca 60 in total, spanned the ages 3-ca 75 years old, some more steady and others drop-ins, with a wide range of Swedish skills and physical abilities. Art pedagogue/Konstfack MFA student Anna Ramberg and product designer Jonatan Lennman also contributed with their knowledge, skill and time.

The activities arranged included mural painting, re-make of old and new furniture, shopping trips to textile and second hand stores, painting and decoration of furniture, and art & craft workshops. Along with Mia, I coordinated and/or executed all furniture and material purchases, as well as oversaw the work of the “Lunda workshop”, a local painting and craft service, to repaint the space, renovate the kitchen and custom build a kitchen table.

The workshops were preceded by extensive research on visual expressions and design connected to the area and its cultural reference points, including Middle Eastern, African and Mongolian influences, and various expressions of Muslim and Christian patterns and symbolism. It also included research on the broader “Stadsmissionen” visual identity as expressed through the interiors of their already existing practices. My research included visits to the local library as well as furniture and interior design shops in the area, home visits to families, and visits to other Stadsmissionen practices.

This material was then used as reference in the continued work of discussing and creating the look and feel of the space, in regards to both the functions of the separate rooms, the preferences of the participants, as well as the “social mission” – developed alongside the interiors – of the practice. This mission was supported by a study executed by Stadsmissionen on the social needs of the citizens of the area on issues of health, language skills, social meeting places, child care, democratic participation, and connections to the Swedish welfare system. 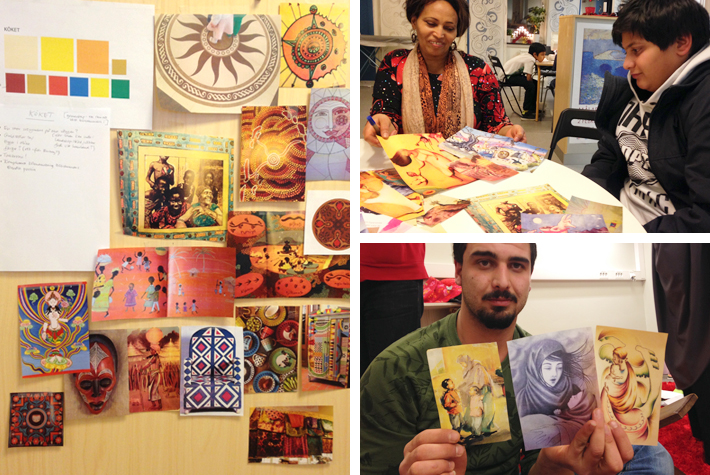 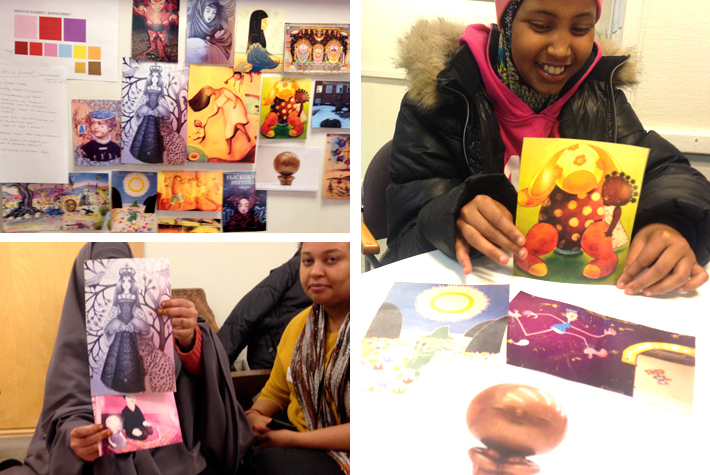 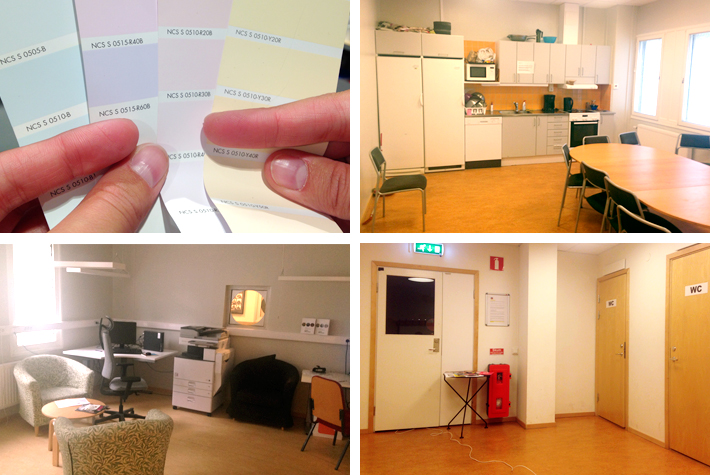 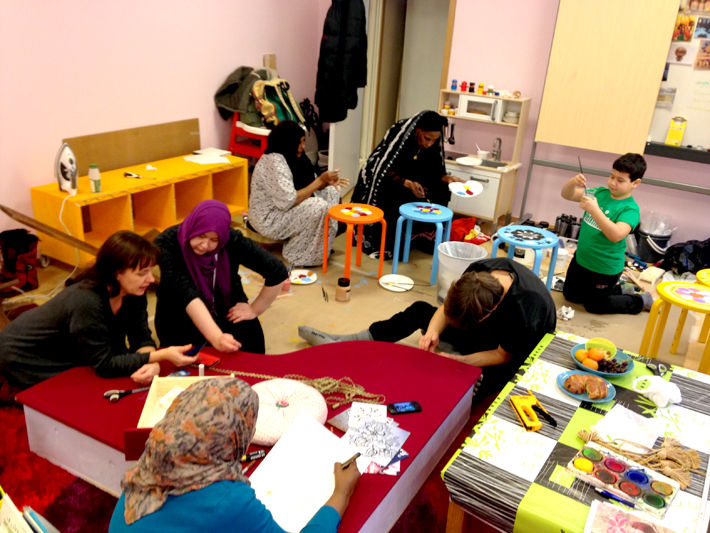 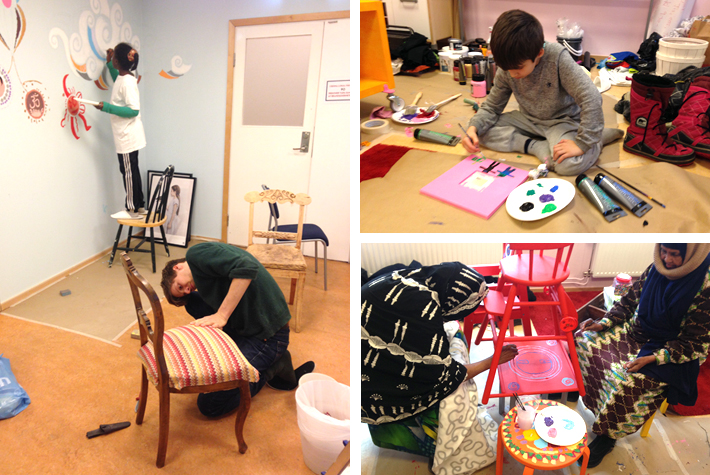 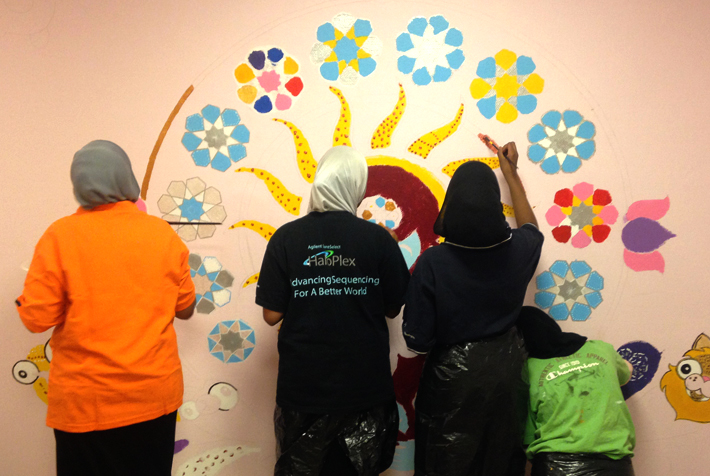 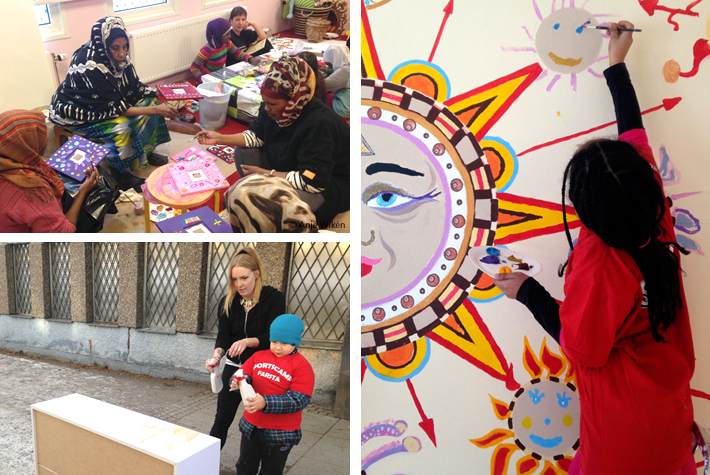 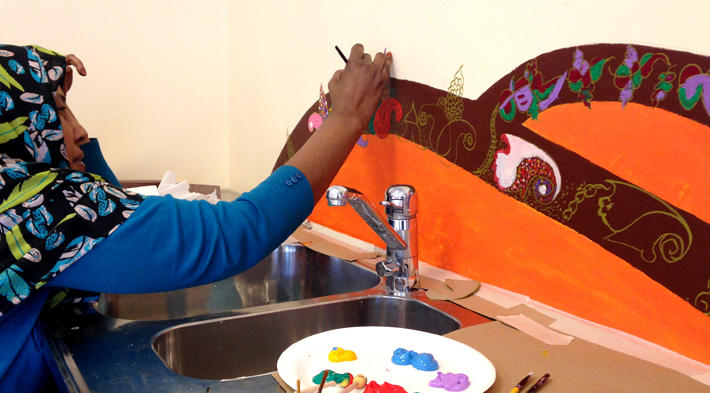 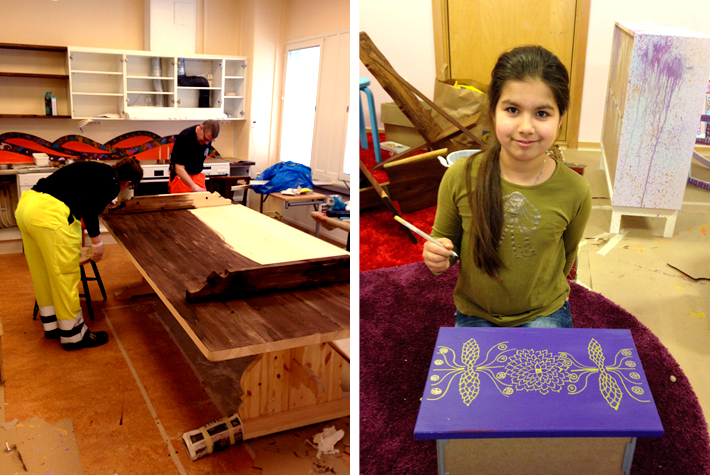 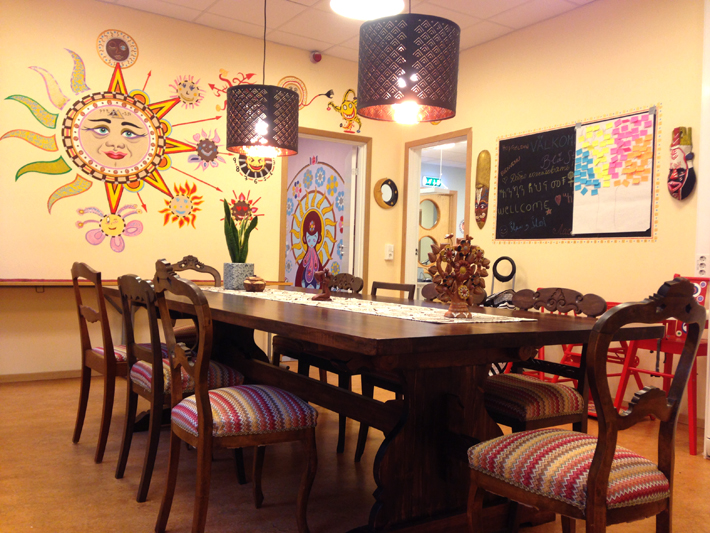 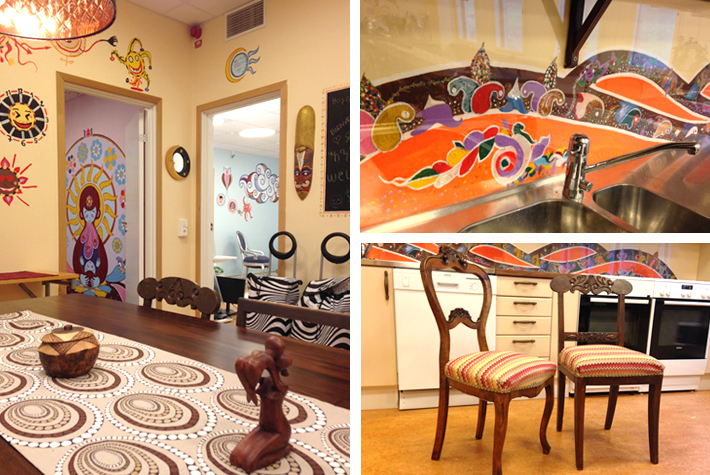 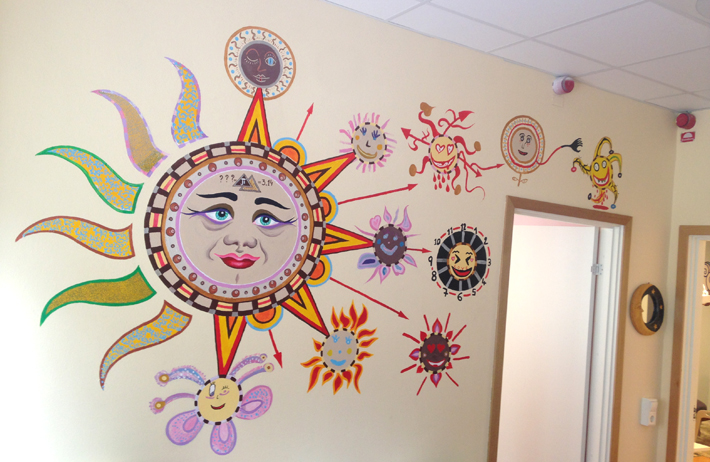 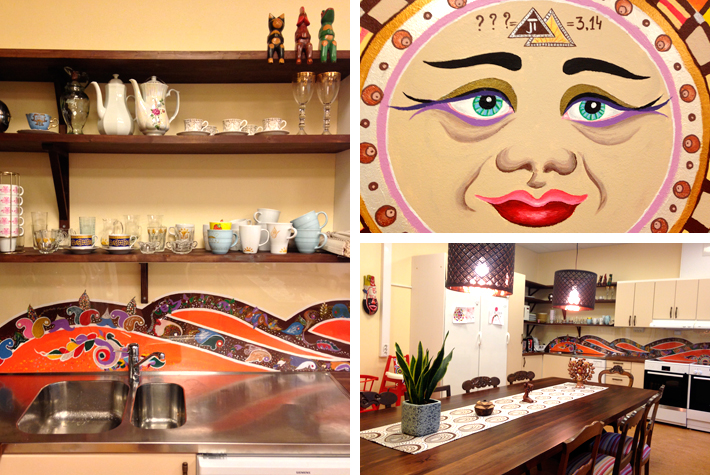 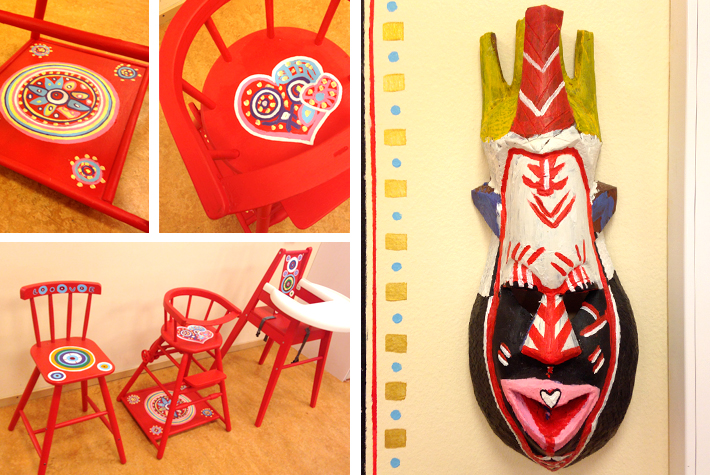 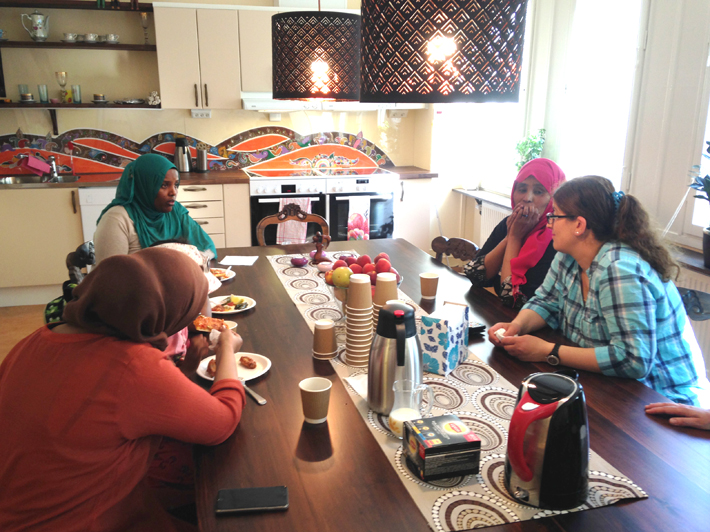 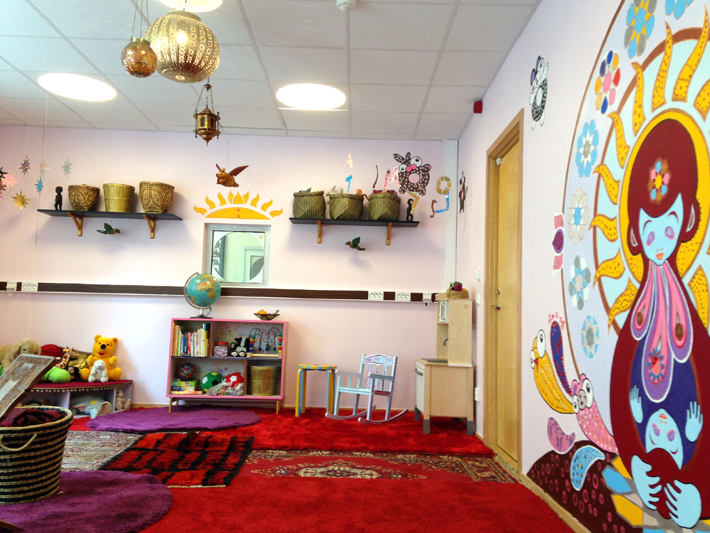 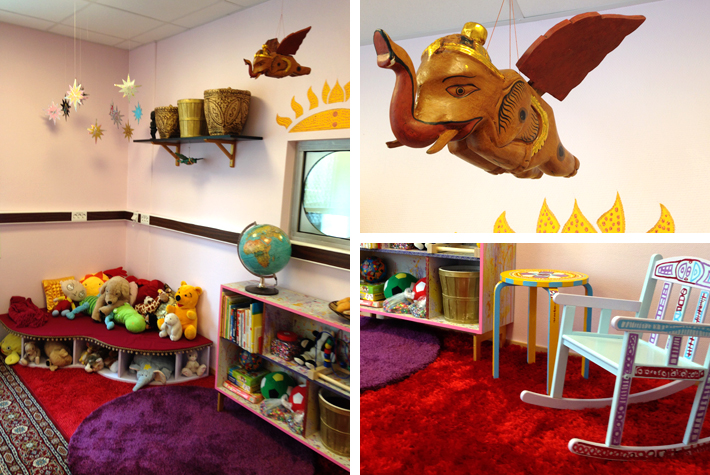 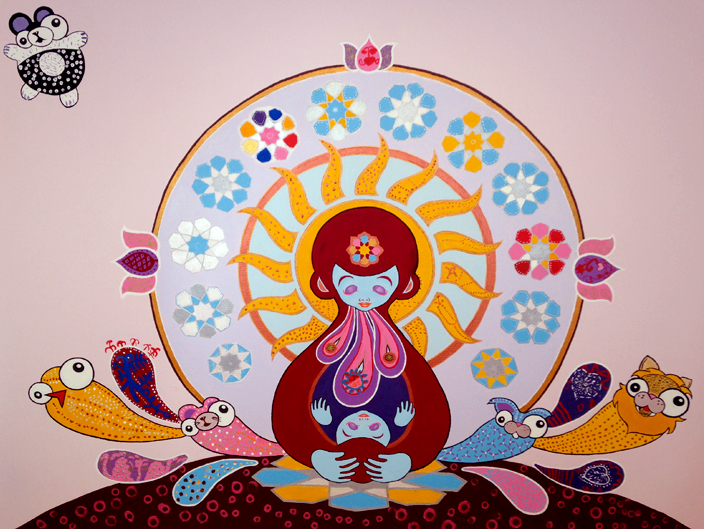 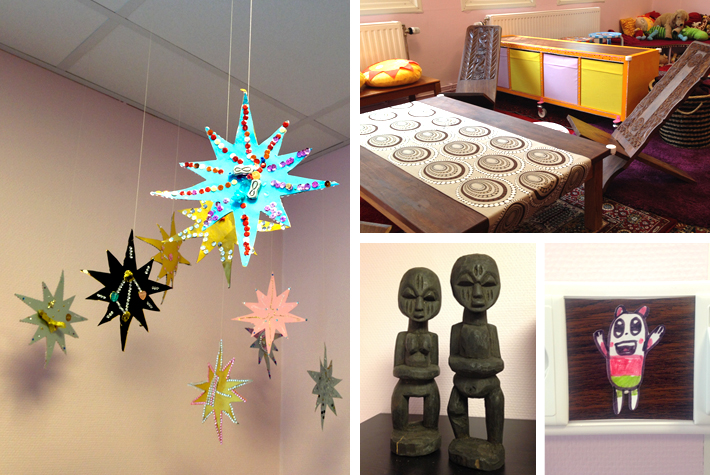 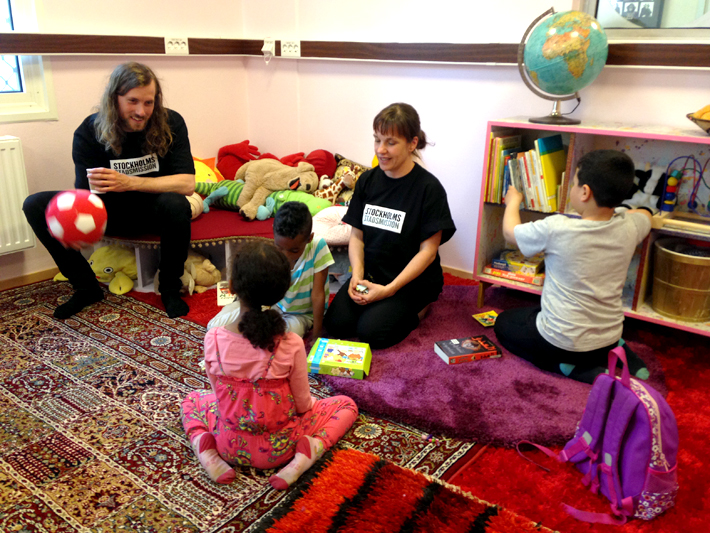 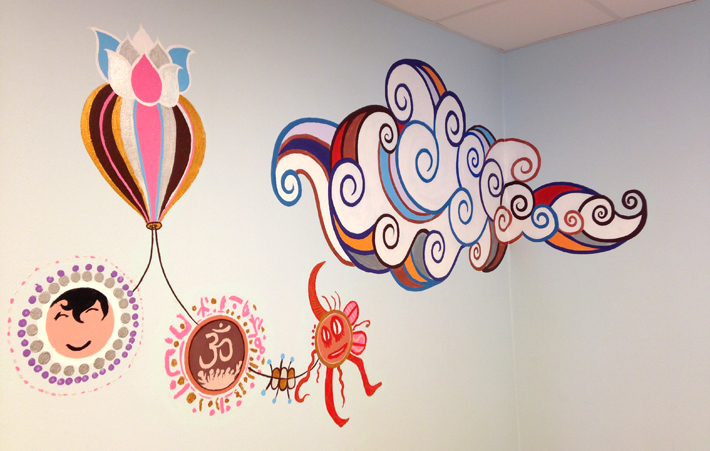 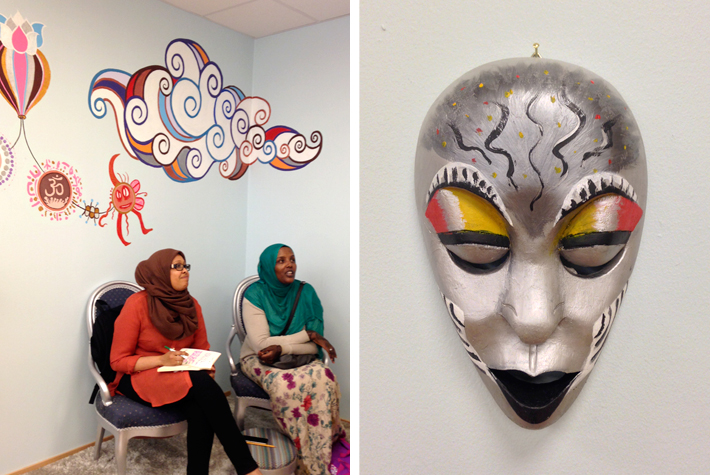 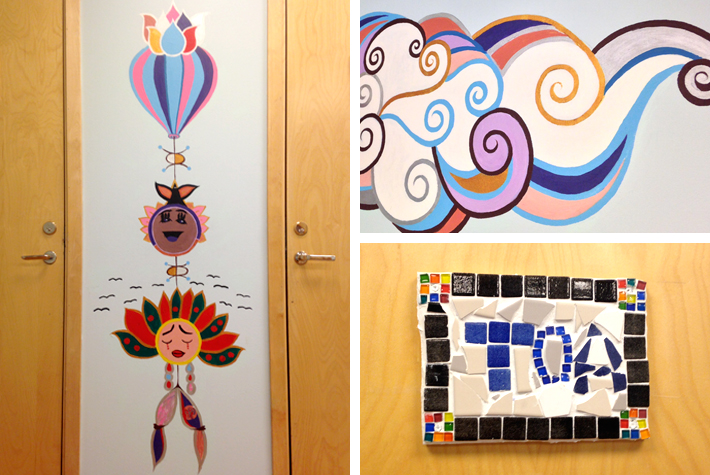 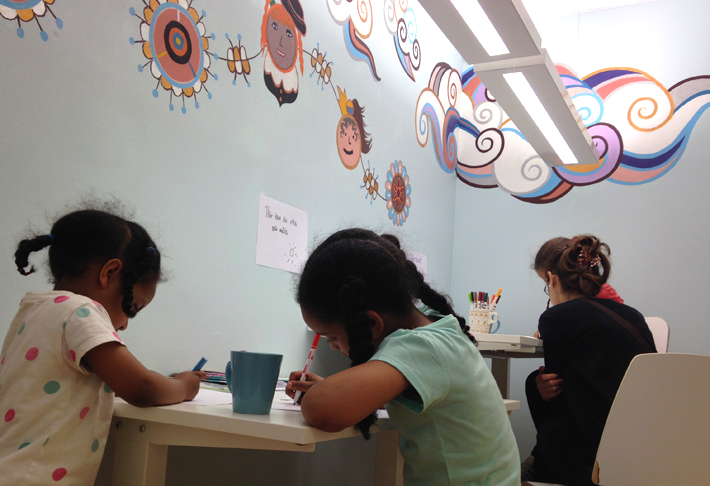