What: A self-initiated research project using script writing and performance art to explore social dynamics, identifications and self-images connected to issues of immigration, racism and integration in a Swedish context.

Love/Fuck Sweden takes a systems approach to sensitive issues of immigration and integration in Sweden, and explores social dynamics – and their transcendence – through script writing and performance.

The project was self-initiated in 2013, and has thus far undergone a number of trial and errors in terms of display and context. The most recent result of these explorations resulted in a video performance staged at the 2016 Järva Play festival in Stockholm, Sweden, where I embodied five different characters in a surreal one woman´s show. In this equally tragic and comical video drama, I dig up what´s underneath the surface of an infected integration debate, informed by more than ten years of (informal) research on multiple perspectives on issues of race, class and identity in the American South and Sweden.

The starting point of the research is Sweden of today, where the public opinion switches between on the one hand massive support for immigration, and on the other hand a steadily rising support for the xenophobic and right wing nationalist party “the Swedish Democrats”. It´s a Sweden where almost one third of all young people in Stockholm have non European background, but live more segregated than ever according to the division “white” and “nonwhite”, while Sweden according to all surveys is still the most anti-racist country on earth according to its official policies. It´s a Sweden where large groups feel dissatisfied and silenced in relation to the debate on integration (both from the majority- and the minority population), and the social sustainability is weakening as we speak.

With a public debate defined by harsh language, “locked positions”, and a general “unease” in terms of discussing topics of ethnic inequalities and integration, the need for tools to understand the dynamics of what is going on in a systemic way is ever-growing.

“Love/Fuck Sweden” takes as its starting point a young man, named Abdi Hassan, of Somali background from the Swedish suburbs, who strives for freedom and self respect in relation to the “welfare system” that raised him. After being shot during riots in his home community he wakes up in a surreal dreamlike state where he meets municipal official Annika, Swedish democrat Sven, and “perfect immigrant” Fatima – caricatures of a Sweden that over his head placed him on center stage in a drama he never asked to be a part of. He also meets the young self-destructive artist Moa, confused daughter of Annika, who is driven by a deep and intense quest for freedom from suffering she is not quite sure where it comes from. During the meetings that take place, Abdi finds unexpected alliances, and is allowed to keep silent, argue, explode, dominate, talk and sympathize his way towards understanding of the others, and also himself.

The script is as much a story of two young people´s struggle to find themselves and make sense of their place in society, as it is an analytic exploration of psycho-social structures underlying many of the dynamics taking place in present day Sweden. It explores recurring patterns in the “roles” assigned and adopted depending on your position in the system. Roles like the “protector”, the know-it-all, the one who is always in control and on top of things. Or the “victim”, the incapable one, the one in need of guidance and governance. Or the “perpetrator”, the symbol of destruction, evil, moral decadence. How do these roles affect our behavior, our self image, the expectations of us, social structures of inequality, our capabilities to handle conflicts? Can a systemic approach to exploring these matters help us step out of these roles, and find new and healthier ways to relate to one another and ourselves?

The script was rehearsed by Tjechovensemblen in the spring of 2015 under leadership of director Ulf Pilov, along with a number of open workshops, discussions and lectures involving the ensemble as well as invited guests. The project later evolved into the video performance displayed during Järva Play. By adopting the perspectives of a range of characters of highly differentiated worldviews in one body, I was playing with the idea of communicating both a layer of conflict/duality, and a layer of unity, where the characters are embodied as roles with strong identities and social manifestations connected to them, yet point to a space transcendent of these roles. The viewing was followed by a session in “systemic constellation theory” lead by author and researcher Stephane Bruchfeld.

With time, my wish is to develop transdisciplinary strategies, methods and tools, bridging performance art and the social sphere with the help of design practice and thinking, to assist in understanding and finding strategies for transformation of issues related to a wide range of hierarchical power dynamics displaying similar patterns of “preassigned roles” and identifications, on a local, national and global scale.

Listen to myself and Fadumo Hussein talk about our respective work at the festival Järva Play at the podcast Arga Flickor (“Angry girls”) by clicking here.

Pictures from workshops and rehearsals with Tjechovensemblen 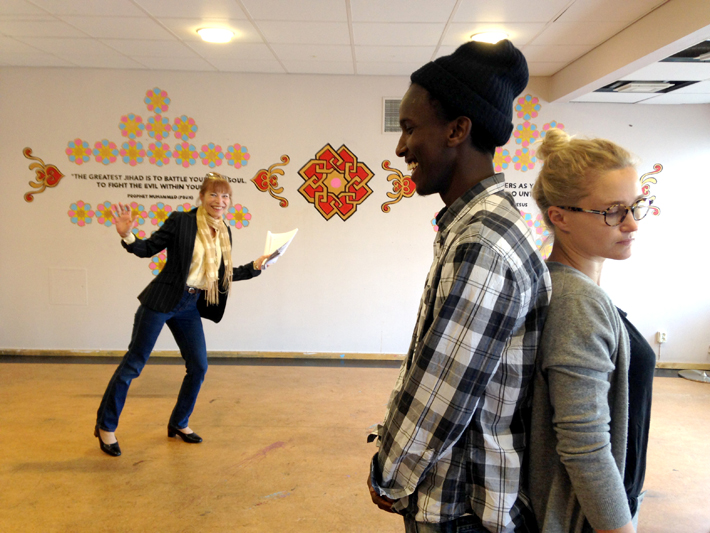 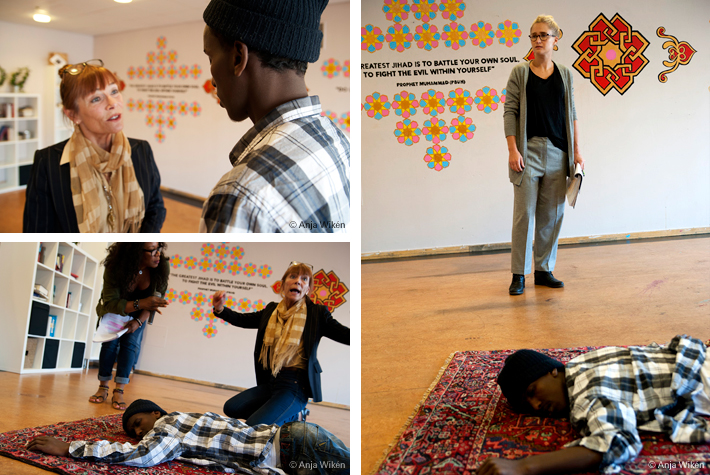 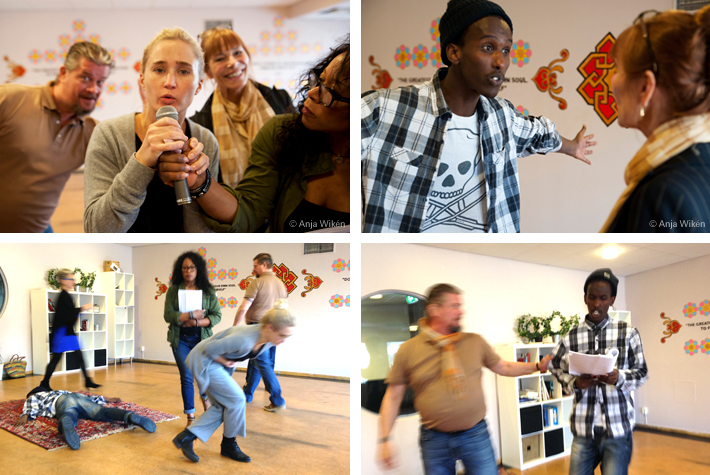 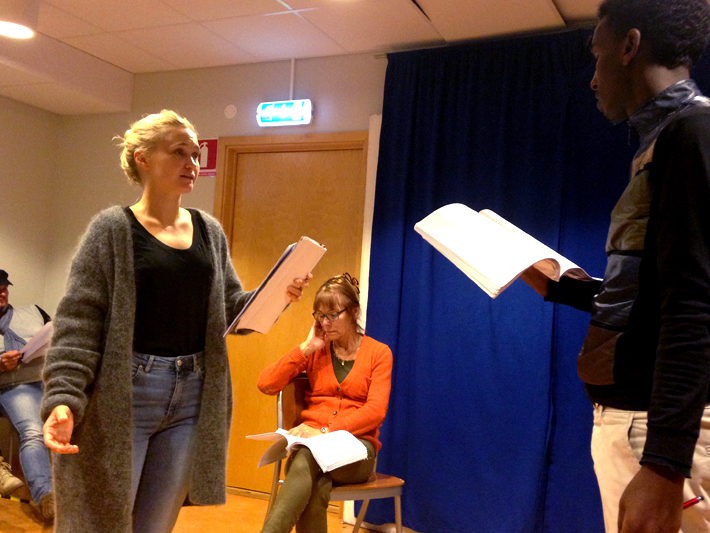 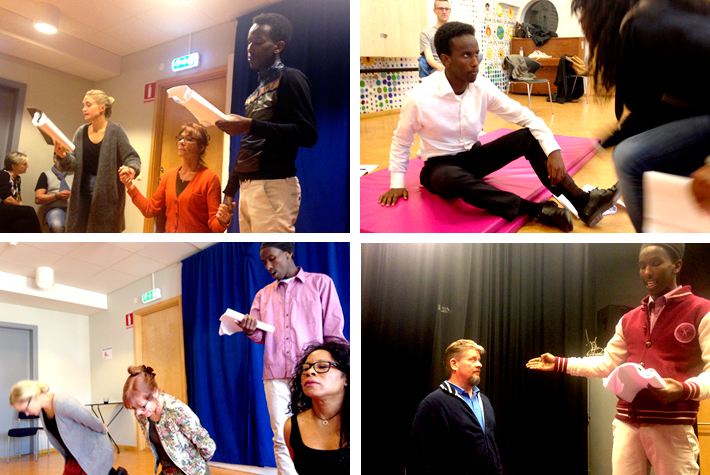 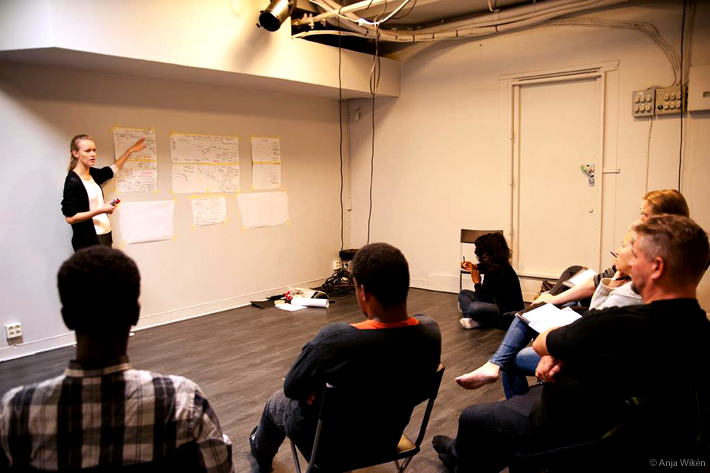 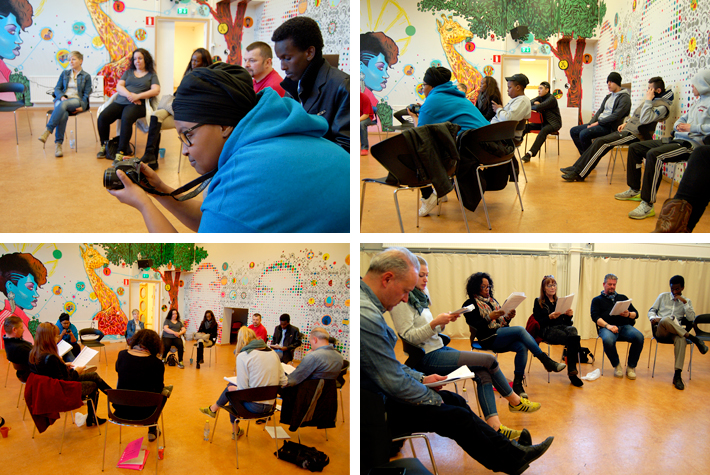 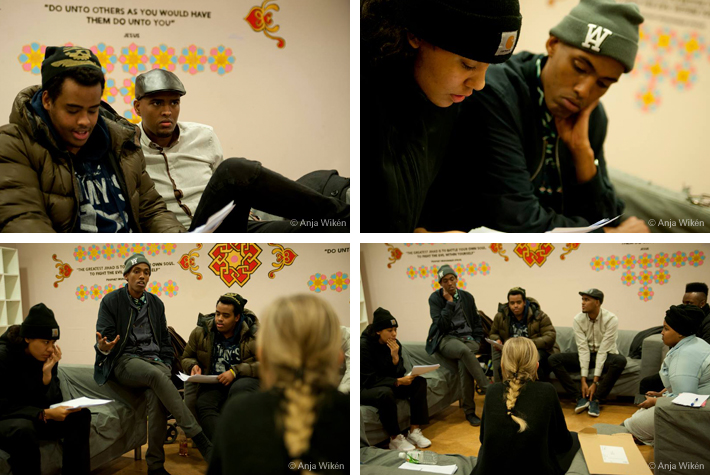 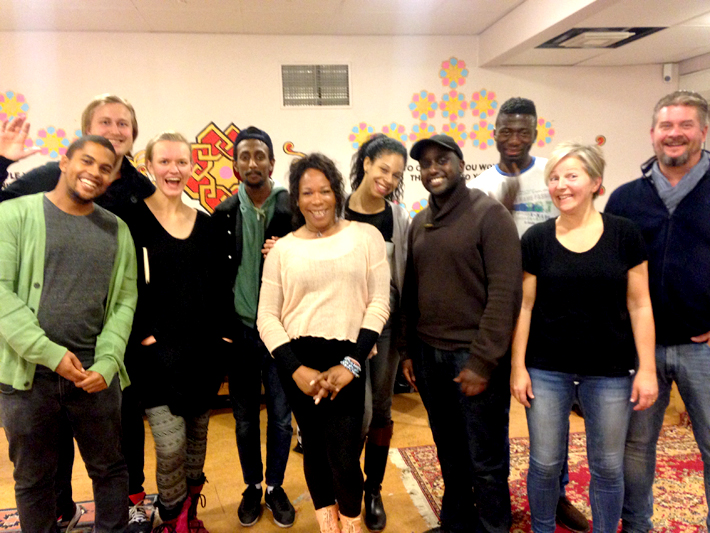 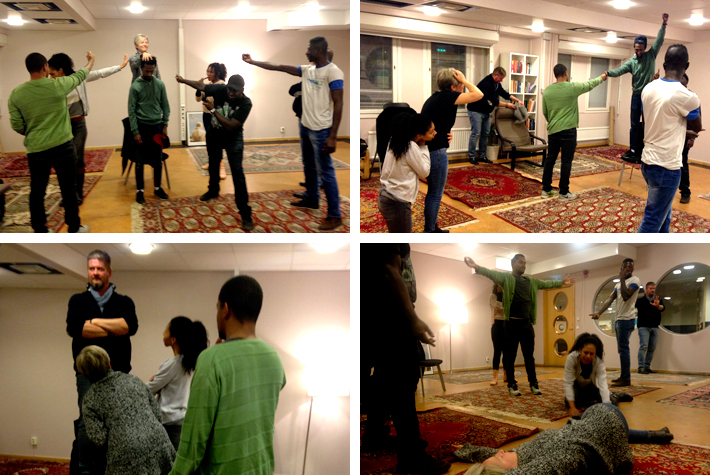