In 2015, on assignment from Stadsmissionen, I recruited participants and staff and planned a week-long dance and film camp in Österlen, Southern Sweden, for girls aged 13-20 from all over Stockholm.

Along with, and based on the particular skills of the staff, I then planned a week-long program of morning exercises, dance and film classes, and cultural activities in the nearby countryside-area of Österlen. The participants included two girls with hearing disabilities, who every morning taught the rest of the participants and staff sign language.

The week resulted in four movies conceptualized, filmed and edited by the girls with the help of Naseem and myself. See two of them below!

In 2014, I was recruited by Stadsmissionen as artist/youth leader during two weeks of summer art camps in the Stockholm archipelago. The murals below were created inside a barn, each engaging ca. 12 young people. They were both co-lead with US-based artist/painter Sir Tom Foolery.

The first panting engaged a group of 14-16 year olds from Stockholm suburb Upplands Väsby. It sprung out of a simultaneous creative project under the leadership of music teacher/musician Omar Abdirizak, which consisted of the creation of a song and a music video on the topic of racism, named “varför?”(“why”). The painting of the bird flying above and out of the pain and trauma of racism, was inspired by the lyrics of the song.

The second painting engaged youth 16-20 years old from all over Stockholm. The concept came about through a re-working of the sketches of one of the participating girls, as well as an intuitive interpretation of the particular group at hand exposed through other exercises in meditation, dance, and daily interaction. The answer to the previous painting “because… love is eternal” came from one of the participants, and the landscape and main character was worked on by the entire group. 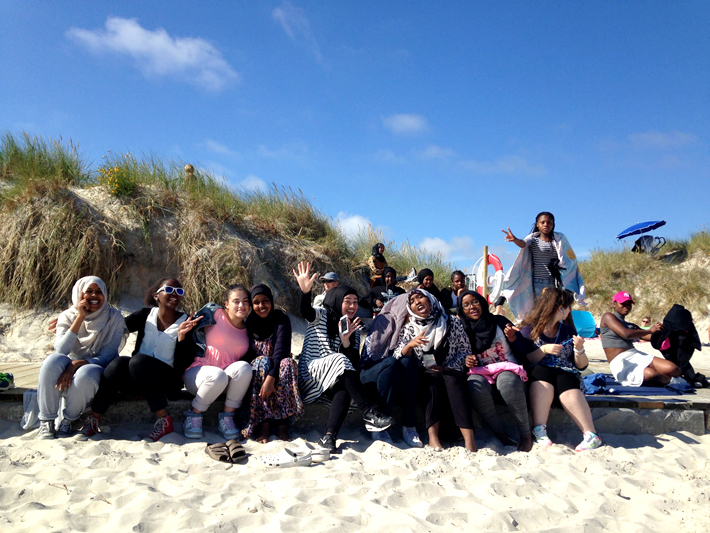 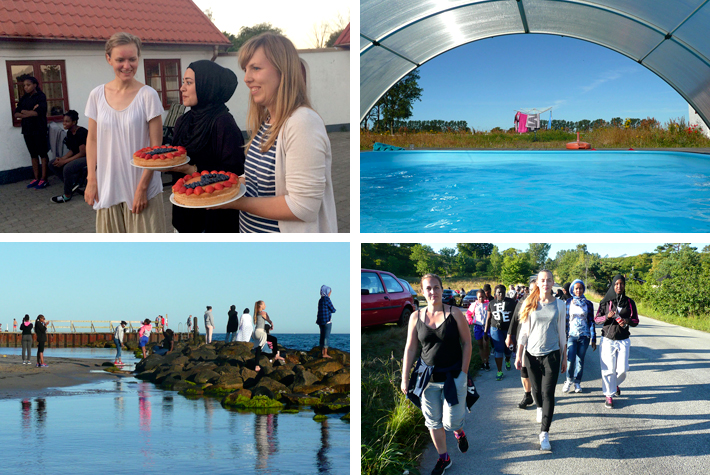 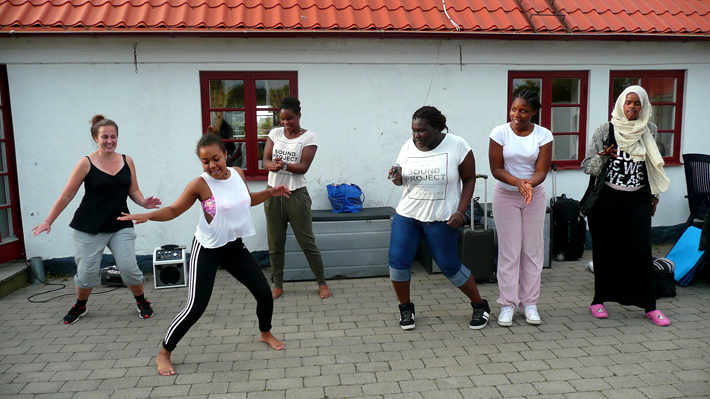 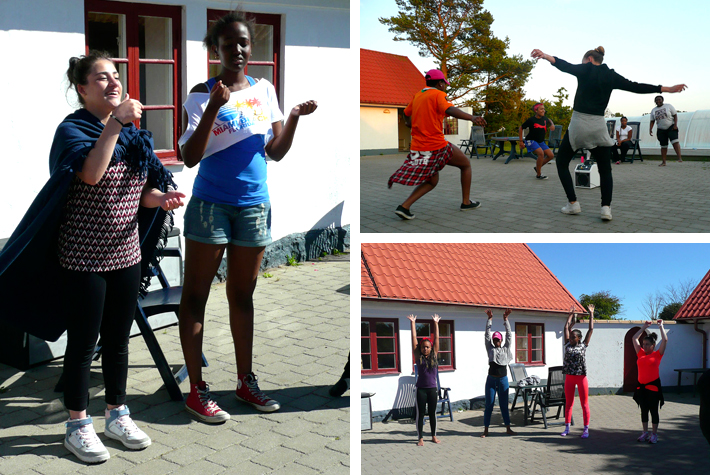 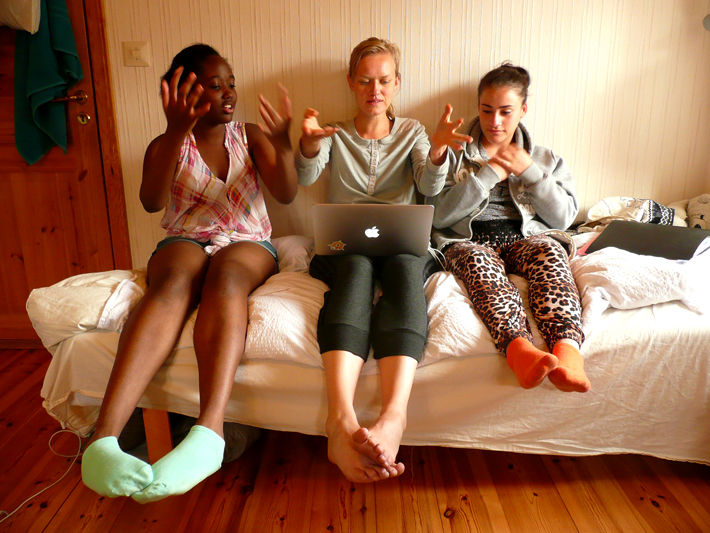 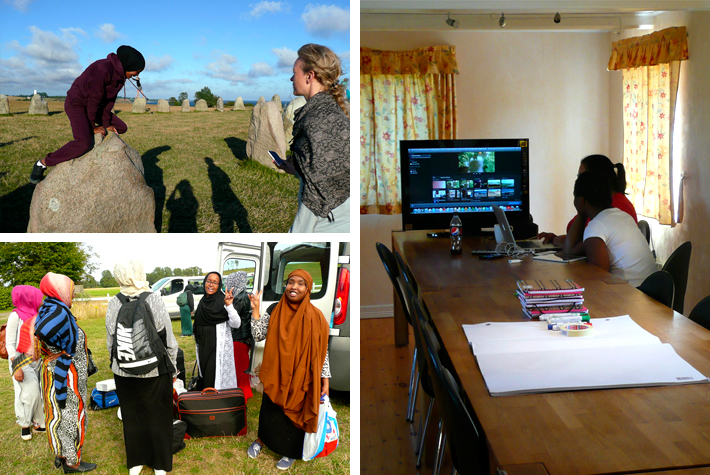 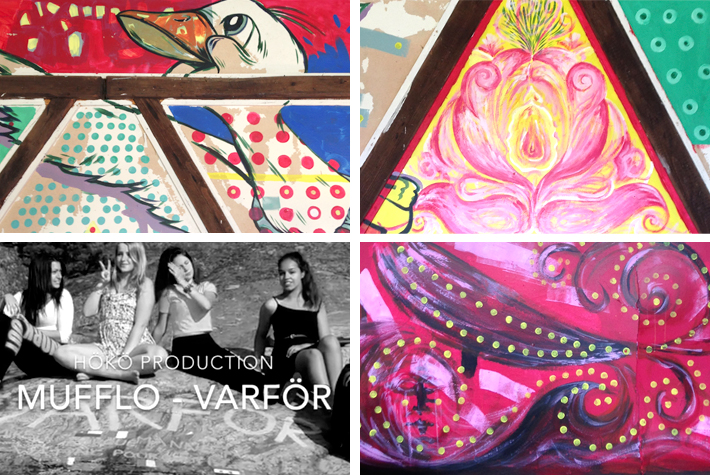 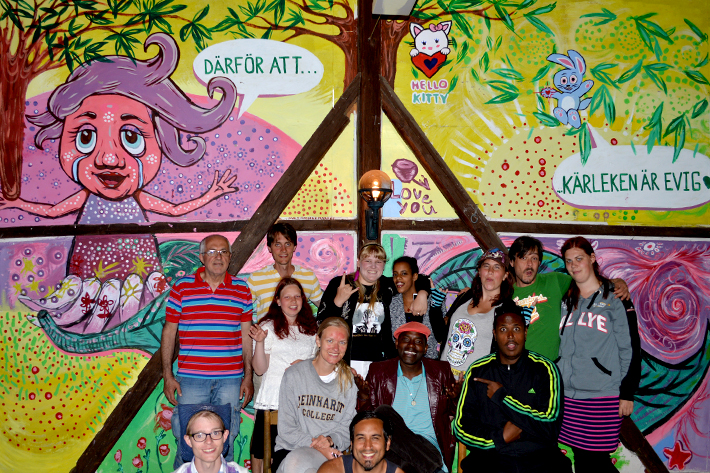 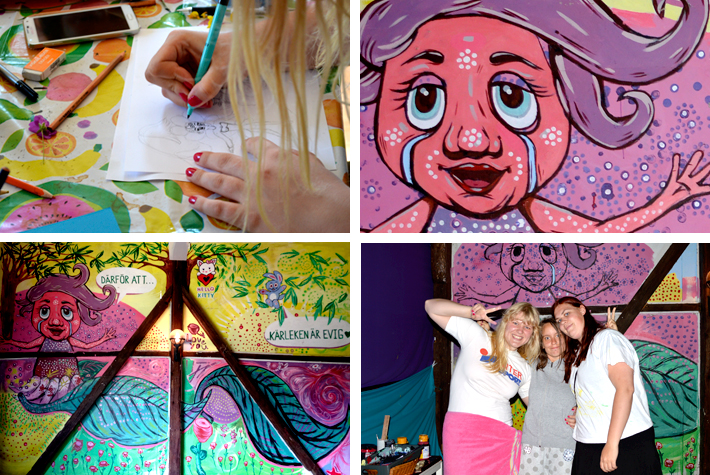