During my Citizenship studio, we were asked to explore the idea of borders inspired by the following prompt: A border. Physical. Psychological. Metaphorical. Something to be crossed. Or not crossed. Who can pass? Who cannot? What is the key to cross?

From a Conflictual Harmony perspective, deeply rooted in systems thinking, we always strive to understand systems across scales, connecting the deeply personal to the structural. Read below my chronicle about relationship borders in relation to global conflicts. (The relationship unfortunately ended a few months after I wrote this piece, but the inquiry lives on, just a reminder of the many prototypes you need to go through sometimes to maybe finally get it right ;)).

The first thing that comes to mind for me when I think of borders and barriers, are the identities invested into them, a sense of “this is who I am” or “this is who we are”, “I” or “we” as in separate from “you” or “them.” Consequently, if someone crosses this border, it becomes a threat against this identity, and fears of “being taken over by the Other” come into play, whatever this Other represents in your conceptual framework and way of organizing the world. This dynamic I see at the heart of much global politics, debates over immigration, nationalist and right wing movements.

So where can we better understand and investigate these dynamics? Zooming in on a much smaller scale, these issues are also at the heart of most intimate relationships, with the border being our own skin, our own mental and emotional barriers and protections. The intimate relationship also represents the bliss of border crossing – the growth and the togetherness that can come out of forming a union with another human being – but also the threats, as it has the potential of cutting at the heart of your identity, your sense of self and your sense of worth.

So to investigate this dynamic – and design new mental models to help us deal with them regardless of scale – I will invite you into the world of Johanna and Jahi, a union that is at the moment almost four months old, so still pretty fresh.

Shortly after we initiated this relationship, I freaked out. Much out of a fear of losing myself, as I have done in previous relationships, fears that I would be “taken over” by this male presence, automatically slip into past conditioning of playing the role of the woman with open borders, free entry into my heart, in a relationship with a this male human being with conditional borders, a world revolving around himself, ultimately having to assimilate into his world and cut myself short.

First thing I did was calm myself down. Remind myself that I´ve gone through a long journey of self development since my last relationship. A journey involving feminist literature, crying out my own inner mysogynist and replacing it with integrity and much more clear boundaries. Also recognizing that in this process, the keys for crossing my border had been updated. Where before, anyone who blew my mind and whose universe I can lose myself in, was allowed access, I had now updated the border protection to include criteria of making me feel safe, seen and respected. A true partnership, in which we can both help each other grow on our separate as well as our shared path.

Jahi fulfilled all these things. This in itself was not enough however to keep my nerves in check. I also needed new cognitive models to arrange my world around and to assist me in learning how to be both a unity and two separate people at the same time, moving in harmony. 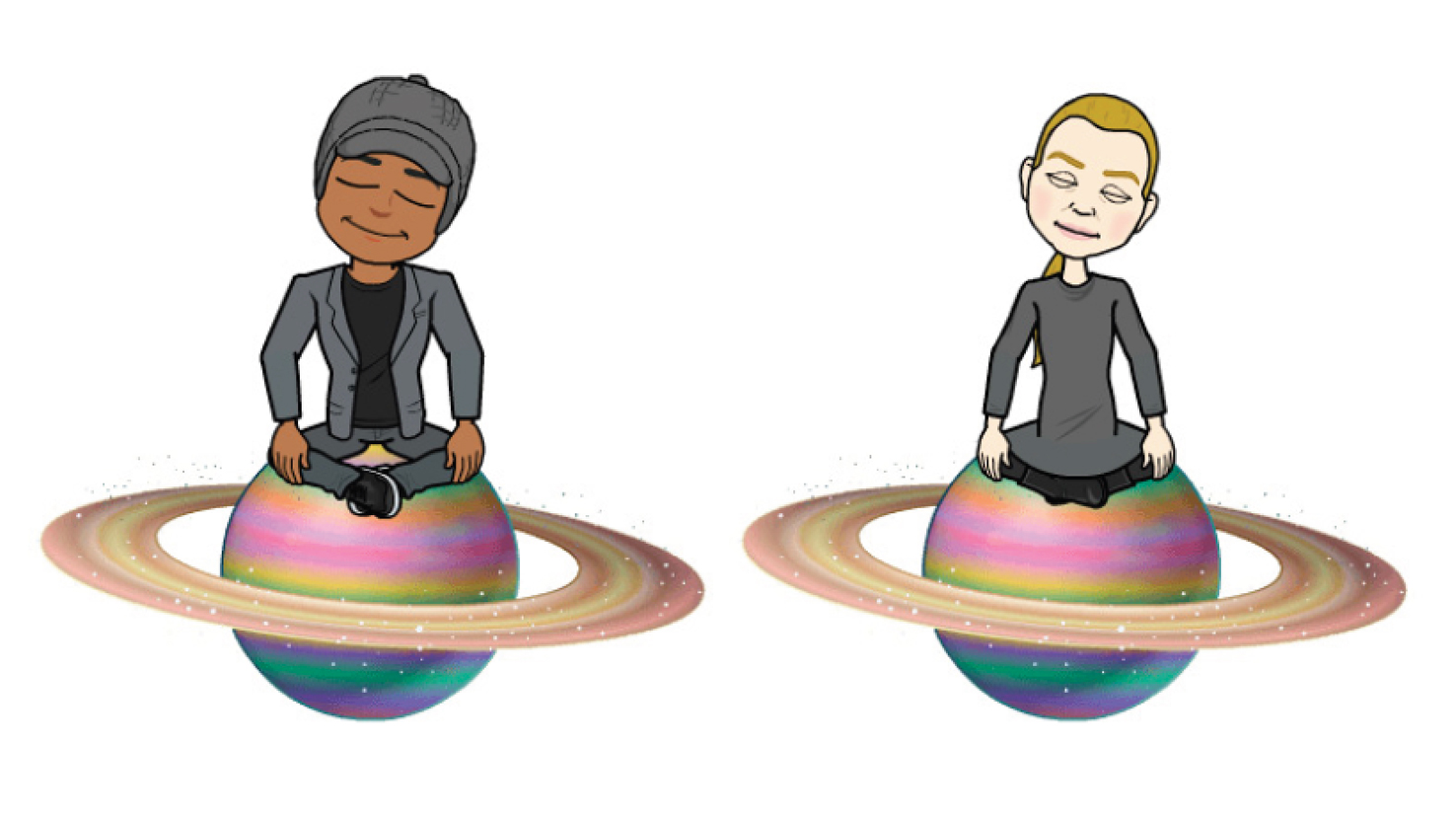 One useful model that helped me a lot in terms of rearranging my brain patterns, was a model from the world of subatomic physics, describing the inner working of the atom. In the atom, there are competing forces, where the electrons are bound to the nucleus by electric forces which try to keep them as close as possible, but they also respond to their confinement by whirling around.

In a relationship scenario this can be translated into the desire to become one with your partner, a force of attraction, and a simultaneous force pulling you in the opposite direction, towards a preserved sense of independence and sense of self. What happens in the atom is that the electrons settle in orbits so that there is an optimal balance between the attraction of the nucleus and their reluctance to be confined, a sort of dynamic equilibrium. This mental model helped me accept both forces, see their value and not have them go into war with each other, and it also helped me see the importance of the commitment to staying in the atom or the shared space, even as you whirl around in this force field of opposing forces.

Zooming out on worldly affairs, I believe there is a lot to gain from applying some of these learnings. One, to recognize the need for both borders or separate units, and border crossing or mergers into larger units or human solidarities. This way we can escape the either-or logic of nationalism versus cosmopolitism, and try to find workable situations that recognizes the “unsolvable” tension in achieving unity while allowing for diversity. Second, to work on national identities that are not in opposition to their surrounding (inner or outer forces) but moving with it, growing out of a historic sense of self towards a more inclusive or fluid one. Third, to put some focus on the atom, that which holds all this human mess together, a kind of ground state of spiritual connectedness, accessible to us all if we only search for it.