What? A mural created with ca. 40 children, 7-13 years old, in Fisksätra, a suburb to Stockholm, as part of “Creative Studio” at local community house Fisksätra Folkets Hus.

The character “Mukribu” (short for Muslim-Christian-Buddhist) and her world of chaos magic was given shape in a pass-through area between a youth center/school and the community house Folkets Hus.

The mural work was preceded with workshops on topics of Fisksätra, as well as ethnographic-like investigations of the general community and its characteristics. The painting process, happening over a course of eight weeks, invited the participation of passers-by as well as a more steady group of children, where the character itself, her looks, essence and world, were revealed in an on-going exchange between me as artistic leader and the children and their spontaneous expression and ideas.

The result an inter cultural and inter religious world containing many philosophical mysteries and strong creative statements like “this is children’ s art”. The topics discovered in the painting process were then explored in an exhibition the following semester, with explanations of “Mukribu’s world” and her family history.

The concept was developed further in collaboration with artist and art pedagogue Isabel Rozada, who during the fall of 2015 lead the building of a giant “3D Mukribu”.

Read more about the pedagogical process in the publication The Path to Conflictual Harmony.

Some of the participating kids + press 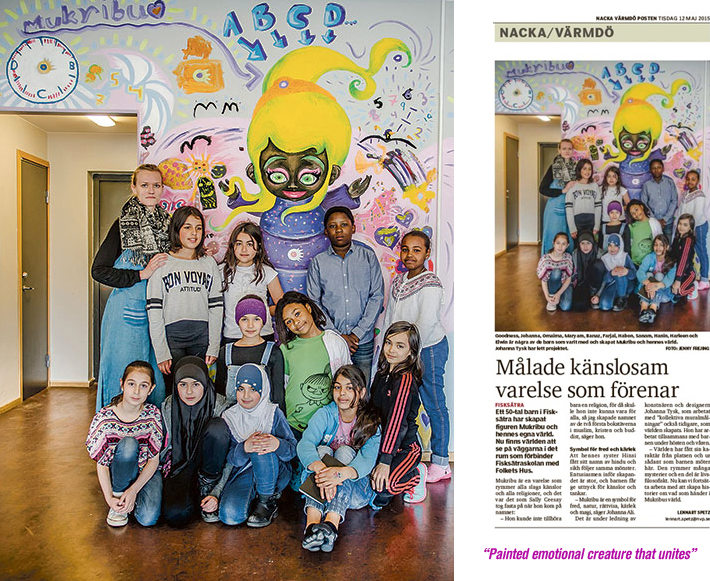 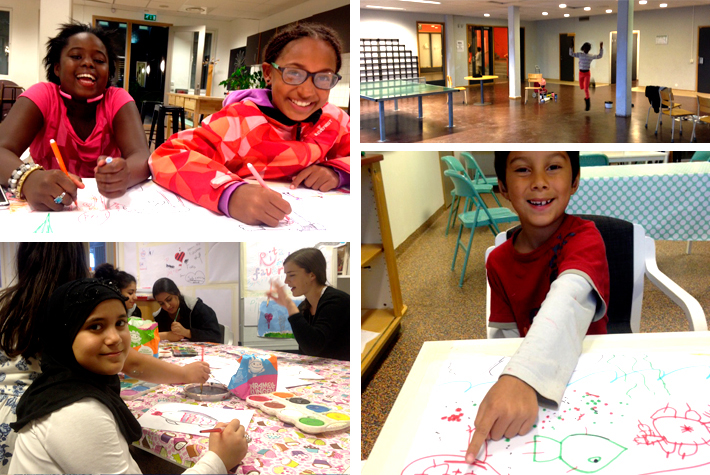 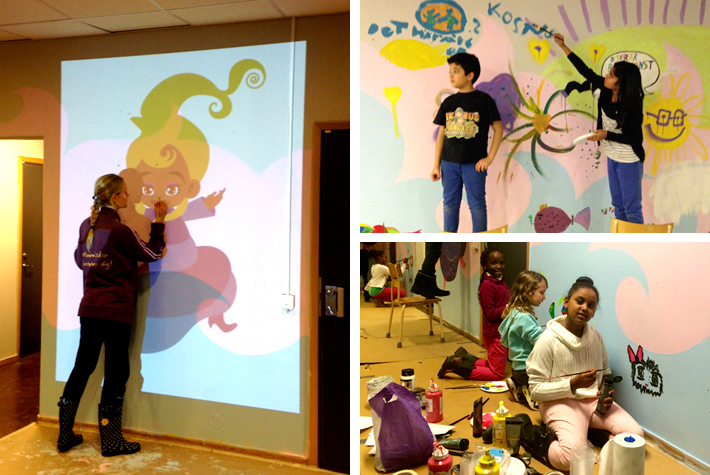 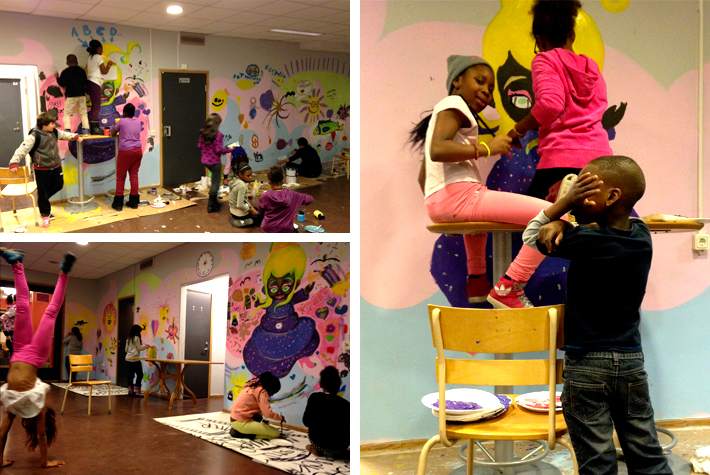 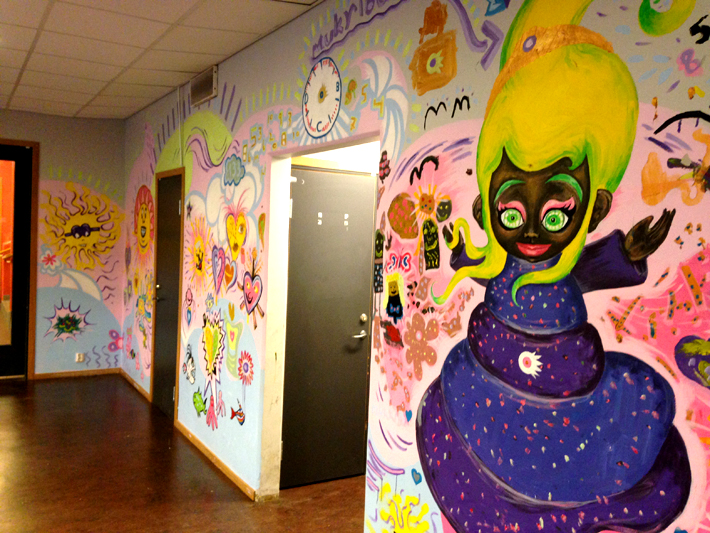 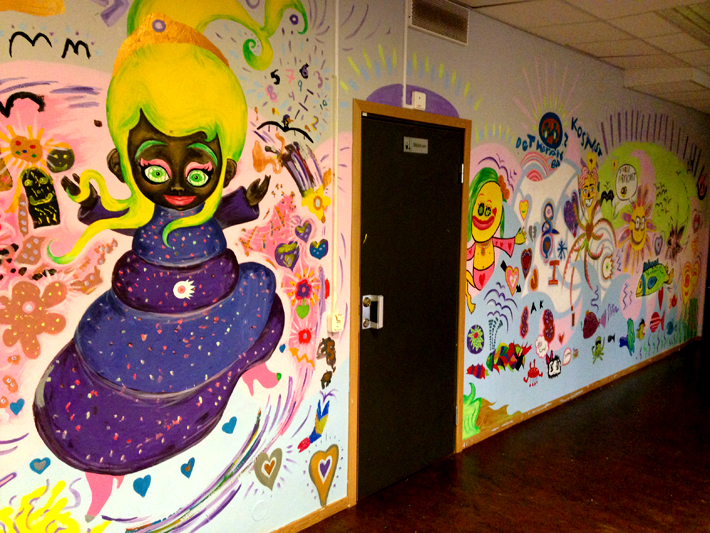 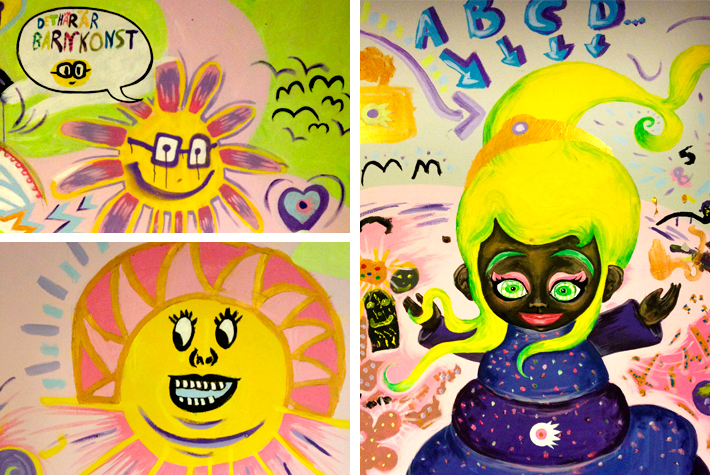 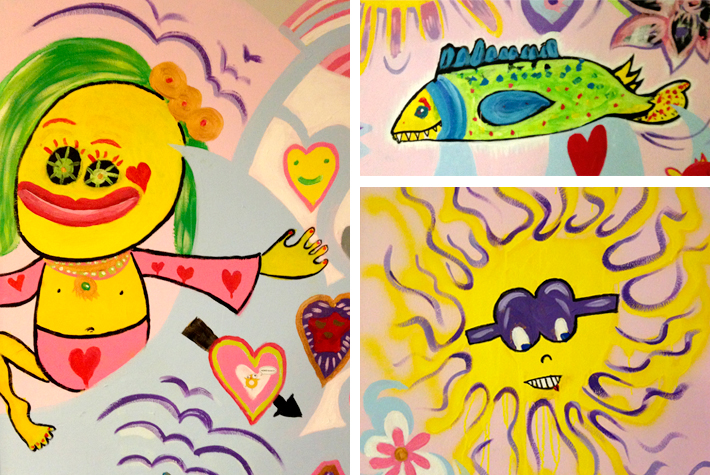 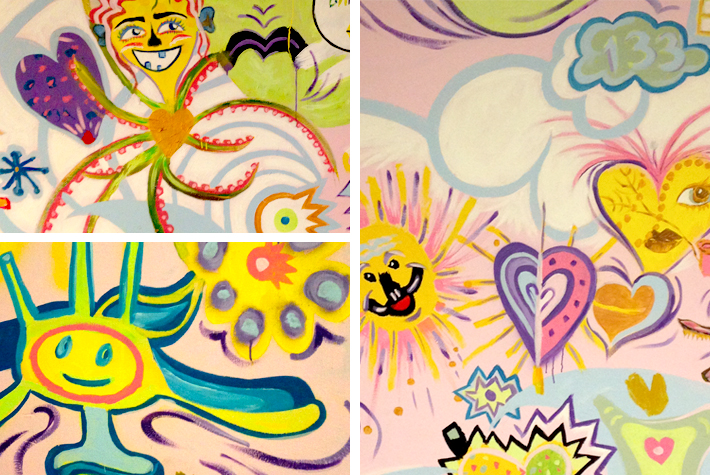 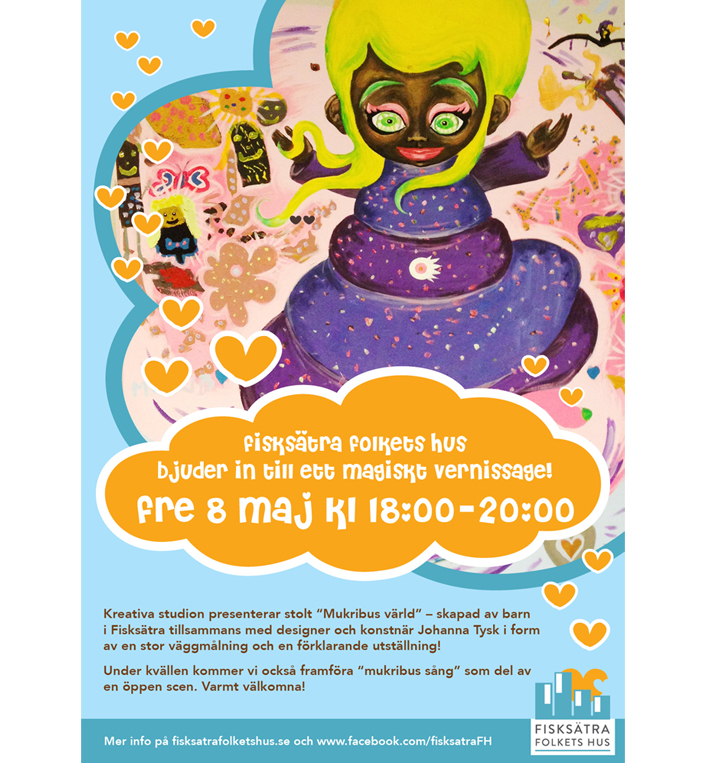 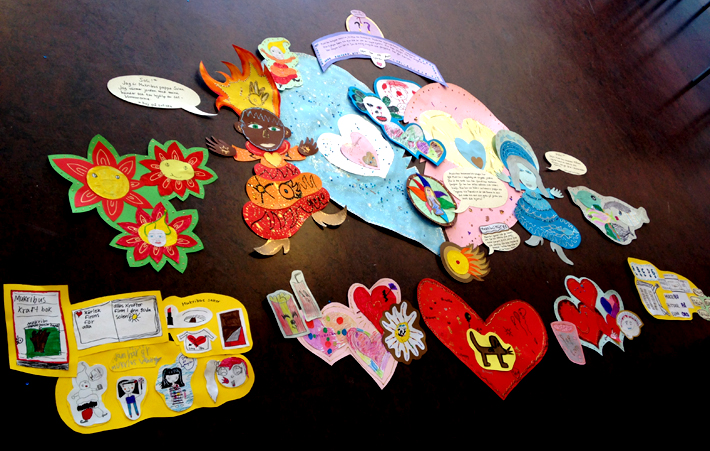 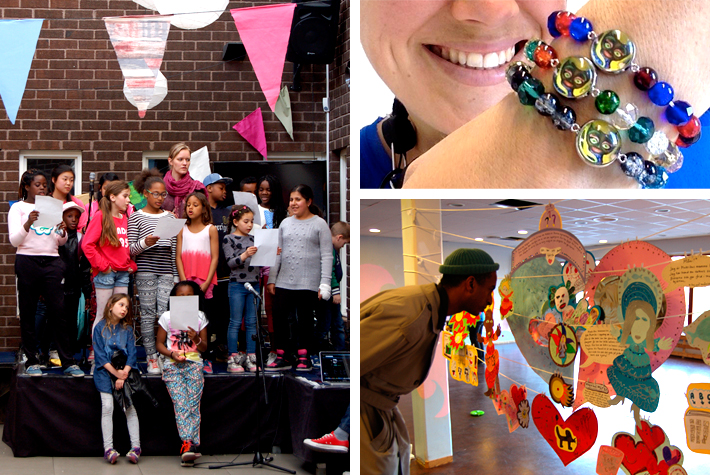 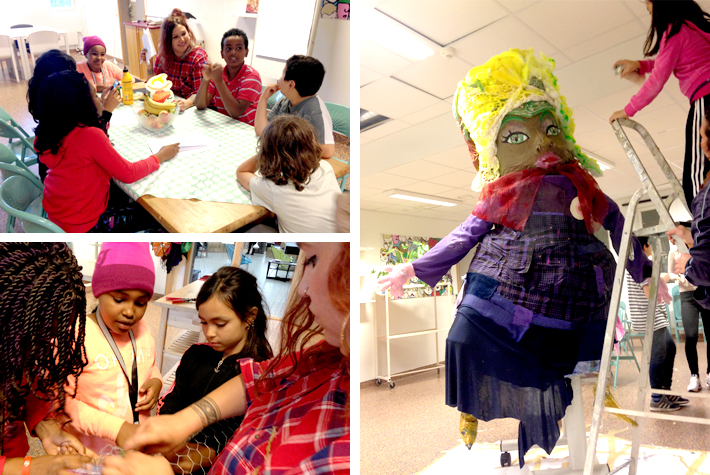