14 Feb 2018 Prototyping the role of artist-designer-researcher

What, in the view of Donella Meadows, is the number one leverage point for systems change? And how does this relate to me prototyping the role of artist-designer-researcher along with a mysterious character named Dr KOKO?

As part of my class in Media and Engagement, I decided to record a monologue to process my own story in relation to the project Love/Fuck Sweden, where I play five different characters connected to the Swedish debate on immigration and integration – the central character a young man of Somali background. The aim of this research to explore systems dynamics and behaviors, including identities, projections and master suppression techniques used to uphold the system.

Another aim of writing this script (most processes I engage in have a mission connected to the outside world, and one connected to my own self), to process my own conflicted identities in relation to issues of race and class. Having lived my life in a white body, middle class by birth, carrying within my life experiences also strong connections to a “non-white way of seeing things” as well as class perspectives different from my family background, I at the time of writing the script was reaching a climax in terms of my own identity confusion. I would shift between different subject positions in relation to the larger white vs. non-white power dynamic sometimes furiously, with all the charged emotions involved,  carrying a fragile sense of belonging everywhere I went, painfully aware of the rules that signal loyalty within different groups. Always a sense of being on someone else´s playing field.

Writing this piece was in a way about exposing also my own participation in a dysfunctional system through my own beliefs, identity or identities, and worldviews. Stepping outside of this system and watching it in action brought a sense of freedom, clarity, grounding.  It also brought something of an existential crisis, a groundlessness, starting to see through identities that used to give me comfort, providing a sense of order in this world. Watching my own brain play out its programmed reactions to things, still operating according to these polarized identities while searching for a more grounded and real state of things.

In a way, striving for, in Donella Meadow´s words, “the power to transcend paradigms”, what she lists as the number one intervention point in terms of achieving systems change. “To keep oneself unattached in the arena of paradigms, to stay flexible, to realize that no paradigm is “true”, that every one, including the one that shapes your own worldview, is a tremendously limited understanding of an immense and amazing universe that is far beyond human comprehension.” Not a small ambition or desire, and not one that sits well with most established group identities… 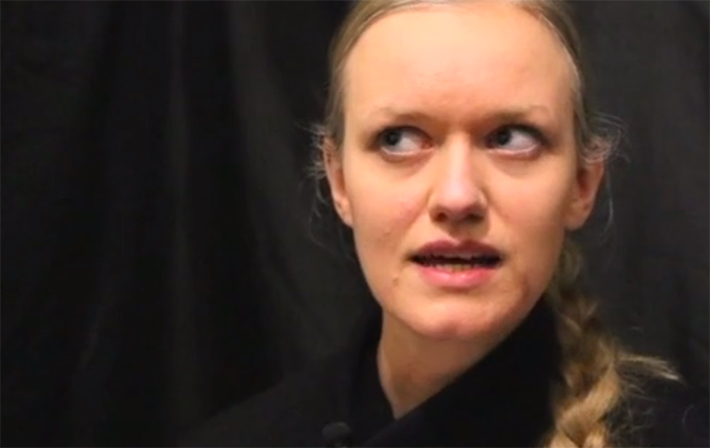 I came to New York to learn to stand up for myself. Craft a more grounded sense of self beyond perceived or real expectations of me from other people. Find a safe space to formulate my own way of seeing, a platform attempting to operate from a position of watching the system, watching yourself, carefully crafting new systems outside, in relation to or within the current paradigms. Through this platform create new forms of belonging, emulating the kind of community I met in my Trans D program, an international community where I have felt fully embraced and appreciated  in all my complexity.

As part of this process, is also a sort of rehearsal of what this new role might mean. How it might be embodied. In spite of having worked on many projects and platforms that have gained a significant amount of public attention, I have carefully avoided much attention on me. Felt uncomfortable with taking on any kind of authority position or even getting too involved with the established systems of society, out of a fear I think of being expected to fulfill a role I would not feel comfortable with. Perhaps a fear of turning into this role, having it define my identity. Yet sensing, feeling, that whatever is to come might involve me claiming more space. Taking power so that I can give and share power.

This prototype was an attempt to test how incorporating performance art into a kind of teaching scenario could assist in the creation of my own professional persona, in a way that allows for playfulness, openness, and vulnerability without violating my own integrity and private space. How it might even add a layer of this space that Donella Meadows talks about, a reminder that whatever solid identity we project, it is in the end an illusion. 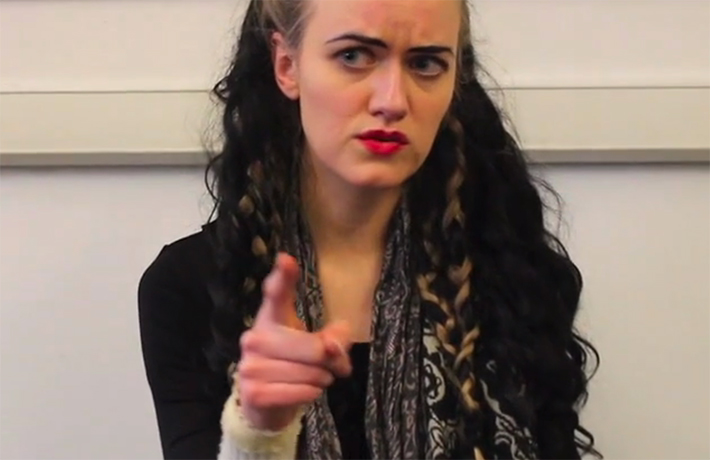 Because, how is “Johanna Karolina Tysk” not an additional character among others, the one that holds it all together, yet only a form given to something that in its essence is formless? Learning to not avoid roles, but fully inhabit them, play with them in order to transform this world of ours. In the words of Donella Meadows, “dancing with the systems”, knowing who you are in all of this in spite of whatever projections other may have on you or whatever your inner demons tell you, because in truth you are the dancer…

0 comments on “Prototyping the role of artist-designer-researcher”