How might we simultaneously build social as well as environmental resilience, and strengthen the capacity of local communities to resist or transform the effects of gentrification and climate change and pollution?

The above-mentioned topic was explored during a very intense first week of the Transdisciplinary Design program, where first and second year students teamed up to research different communities across New York City, and come up with design prototypes to test on site.

My team was assigned the Bronx River/Soundview Park area in Bronx – an area where one third of the population live in poverty, major areas along the coast are vulnerable to rising sea levels caused by climate change, and pollution is widespread. 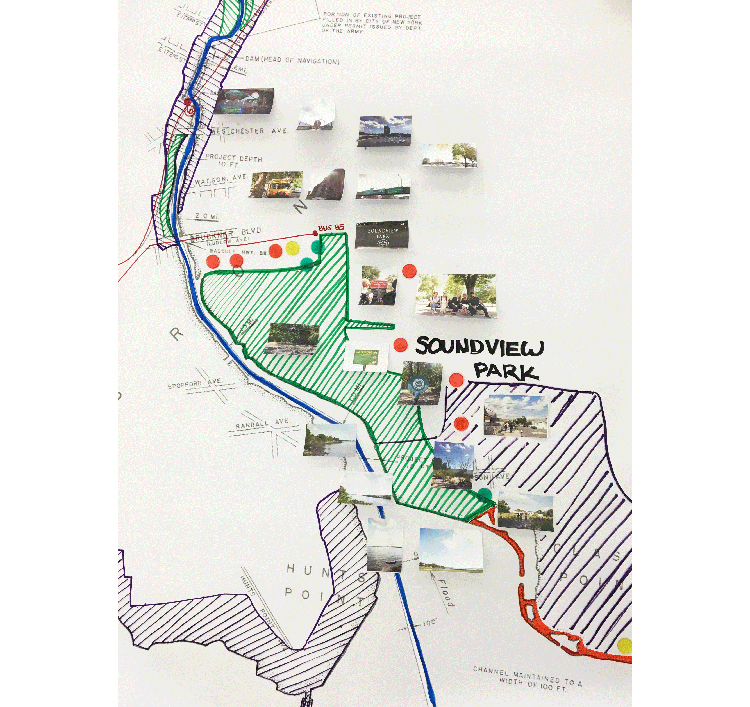 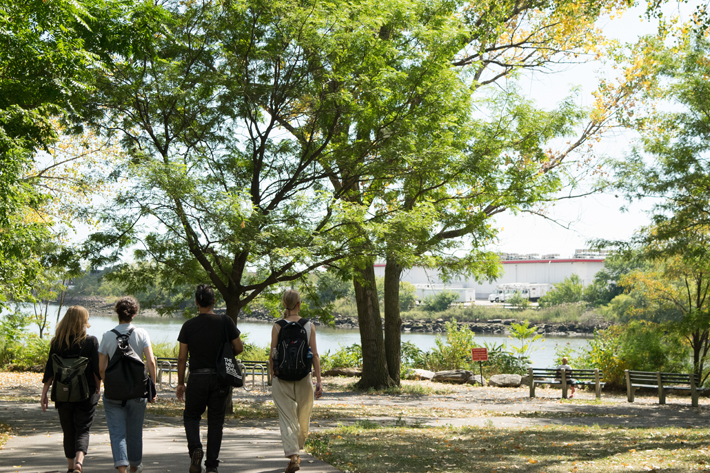 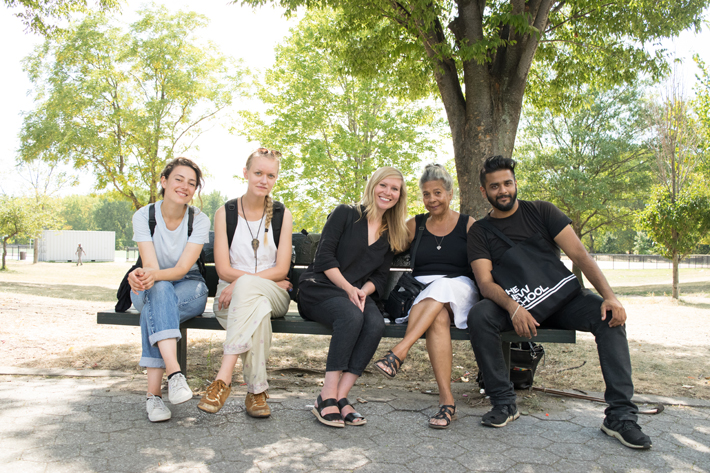 Through secondary research as well as interviews on-site, we deepened our understanding about challenges facing the area. We also discovered a history of environmental engagement and local organizations cleaning up the river and building salt marshes as buffers against rising sea levels. We used this information as inspiration to create the concept Bronx River Explorers – organizing tours along the water for the general public. The concept was used as a probe for further conversation, stimulating members of the general public to brainstorm possibilities with us. 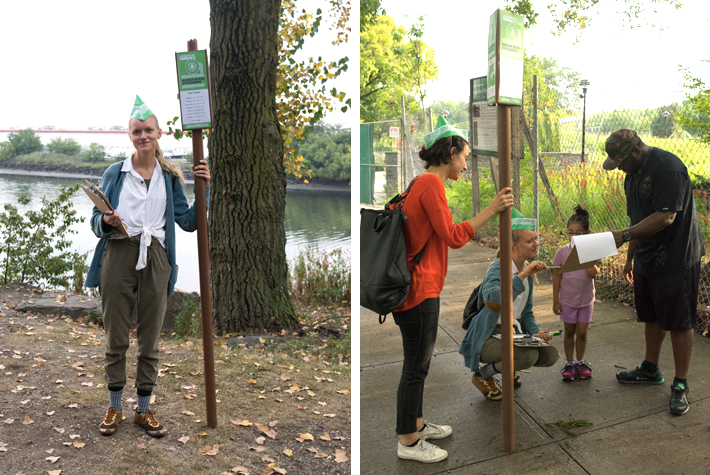 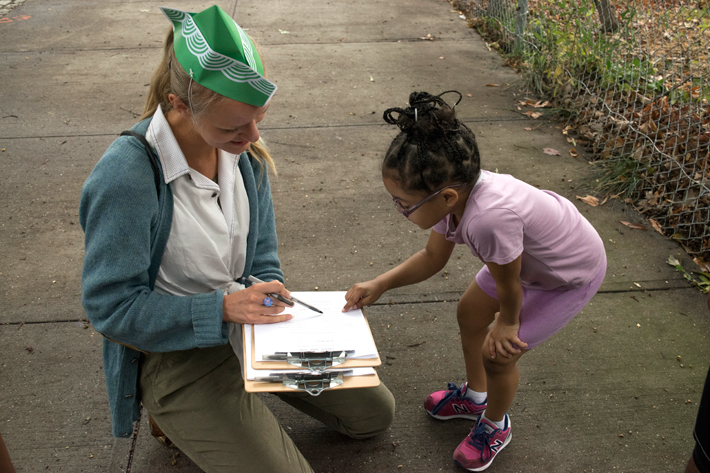 Through developing personas – a common design tool used to synthesize information from a variety of people into comprehensible characters representing broader groups – we then told the story of the park as well as Bronx River Explorers:

Teresa, 65 years old. I´ve lived in the area since I was a little girl, have ties generations back through my mother and my mothers mother. There´s so much here to treasure, but my people doesn´t always take advantage of the cultural opportunities, or the park. Sometimes people get kicked out too, cause they didn´t file for the right permit to host a birthday party or a family gathering. The area is changing a lot. There´s billionaires coming in, investing in those houses you see over there. In 4-5 years, people like me are not gonna be able to live here anymore, I tell you. There´s no room anymore for the middle, the really poor have their housing, and the wealthy their investments. Maybe I can manage to stay somehow.

Janay, 30 years old. I actually live a couple of communities over, but whenever I can, I´ll drive to the park just to sit near the water. You know, just get away for a bit. Park´s really beautiful with the fall leaves now, and it´s really improved in the last few years. That´s why I come here. I see people fishing here sometimes, but not that much activity on the water. I think if more people knew about how nice the park is these days, they would come here more often.

Jorgy, 13 years old. I´m from Soundview. I come here to ride my bike, I really love bikes. I ride down to the river, it´s cool and all, but I never get in the water for anything, I mostly just ride along the shore. When the tide´s down you see all the junk on the bottom. I don´t like it, it´s not cool.

James, 50 years old. I´ve lived in the area I was all my life. I remember back in the 80´s when the river was a dump. You´d find abandoned cars, condoms, needles, all types of shit. It´s much better today though. The community has done a good job cleaning it up. Building oysters nurseries and stuff, protecting them.

Samara, 4 years old. I´m from Soundview, my dad´s from here too. I love the park, and I like to play. My dad says there´s a new play ground coming soon. I´m one of the Bronx River explorers. I want a pool on the boat, and a place to play with my legos. We could tell stories at night about the haunted river, I like spooky things. And my stuffed animals could be there too, to sleep with me on the boat. And we could learn about the plants, and bring seeds and stuff. We could all be pirates. I want to go see my auntie on Manhattan with the boat. And go to the other New York, all the way up there.

James: I think the kids would like to watch movies on there. Me, I would bring just myself. And some roast pork, beans and rice. 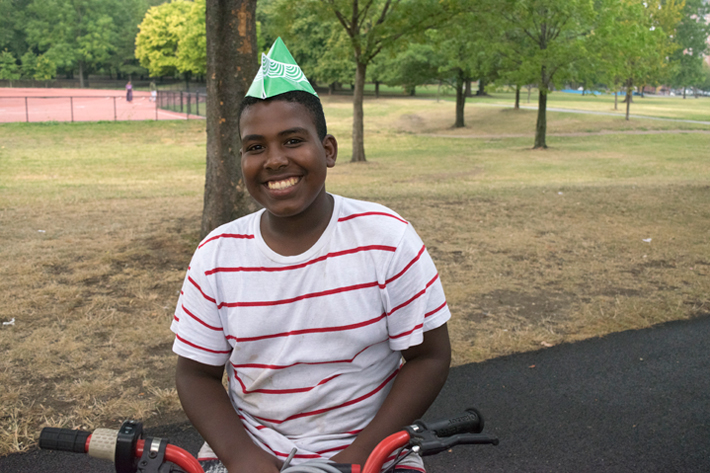 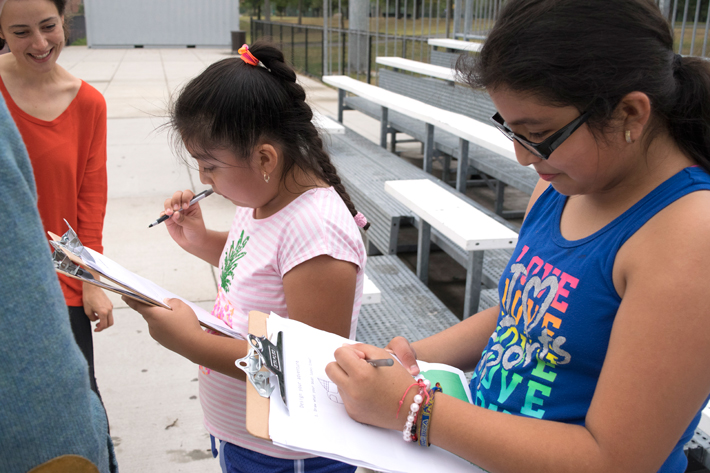 Throwing together a concept like this in a few days time, responding to systems of enormous complexity, might seem like a rushed and futile task, unlikely to produce results of any value.

What I bring with me from this quick introduction to transdisciplinary design practice however, is the strategic approach of reorienting our goals to building strategies for resilience, rather than trying to “solve” or “overcome” the challenges at hand, which are utopian ideals unlikely to lead to any lasting change.

When building resilience in a system, I would further like to stress the importance of working with the systems already in place when trying to affect change. Thus: mapping the structural systems (environmental and economical) that are heading in a direction which would be deemed “not preferable”. But also zoom in on the local context and map the smaller systems that are heading in a preferable direction, such as networks of local environmental organizations, a history of engagement etc. Focus efforts on recognizing, reinforcing and supporting these systems.

In Donella Meadows´ “Thinking in system” we learn that one important intervention strategy when trying to affect change in a system, is to “listen to the wisdom of the system”. Thus, “aid and encourage the forces and structures that help the system run itself. Notice how many of these forces and structures are at the bottom of the hierarchy. Don´t be an unthinking intervenor and destroy the system´s self-maintaining capacities. Before you charge in to make things better, pay attention to the value of what´s already there” (178).

She goes on to use an example from aid work in Guatemala, where a friend of hers told her about his frustration with agencies that would arrive with the intention of “creating jobs”, and “increasing entrepreneurial spirit”. “They would walk right past the local market, where small-scale business people of all kinds (…) were displaying their entrepreneurial spirits in jobs they had created for themselves.” The friend in question would instead spend his time talking to the people in the market, learn what was in the way of those businesses expanding. He concluded that what was needed was “not outside investors, but inside ones” (179). “Small loans available at reasonable interest rates, and classes in literacy and accounting, would produce much more long-term good for the community than bringing in a factory or assembly plant from the outside”.

Finally, an image of Kate and Ker displaying our beautifully built map, showcasing the possibilities of the Bronx River Explorers tour. 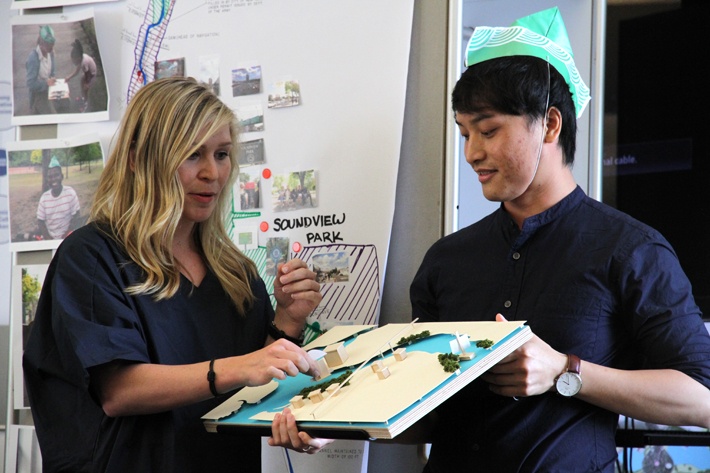