In “The End of Capitalism (as we know it)”, authors J.K. Gibson-Graham challenge notions common within the anti-capitalist movement that argue that capitalism is such a hegemonic all-encompassing force that there is no outside to it.The authors argue that such a notion nullifies any anti capitalist project. They propose instead that capitalism be seen as different from alternative practices – thus opening up a space for these non capitalist practices to be acknowledged, developed and lifted in their own right, with the ultimate goal of delivering us from “a capitalist present and future that offers little possibility for escape”.

Several important insights are formulated to help us understand and grasp more general ideas about strategies for resistance to any kind of structural system, whether connected to economic model, gender, race etc. One of them the account of narratives and counter narratives. The generalized “narrative of capitalism” describes capitalism as the “hero” of the industrial development: “the bearer of the future, of modernity and universality, powerful, generative, uniquely sufficient to the task of social transformation, capitalism liberates humanity from the struggle with nature”.

The counter narrative then negates this idea by making capitalism the antihero and bearer of the “the primary responsibility for underdevelopment and environmental degradation.” In the text, the flaws of this “anti strategy” is described in part through examples from the international financial sector, that according to most anti-capitalist perspectives is represented as the pinnacle of capitalism. By not seeing the differences within practices seen as encompassed by the “big evil capitalism”, we miss out on highlighting and developing for instance lending structures benefiting small businesses and self-employment – thus operating with or creating social relations that contradict the capitalist logic.

What I would like to add to this discussion is a systems lens, as introduced by Donella Meadow´s “Thinking in Systems”. Defining capitalism for instance as a system, one must define elements and interrelations of this system beyond easy-to-go-to generalizations based on appearances or associations. Systems thinking challenges us to carefully observe behavior over time, look for patterns and flows in-between the elements of the system. Through this focus on behavior rather than associations and appearances, we can easily spot the differently operating systems “within capitalism”, such as the example mentioned within the financial sector. But we can also spot systems perceived to be outside of capitalism that operate according to very similar logic.

One example from another reading, “Seeing Like a state” by James C. Scott, is the similarities in behavior in big government and major corporations during the modernist era during the late 50´s and early 60´s. On a surface level, these two structures represent very different political ideologies, but on a behavior level, they proved to display many of the same patterns. Examples being strong control through bureaucratic planning and “imperial or hegemonic planning mentalities that exclude the necessary role of local knowledge and know-how”. As stated by Scott: “The conclusions that can be drawn from the failures of modern projects of social engineering are as applicable to market-driven standardization as they are to bureaucratic homogeneity.” 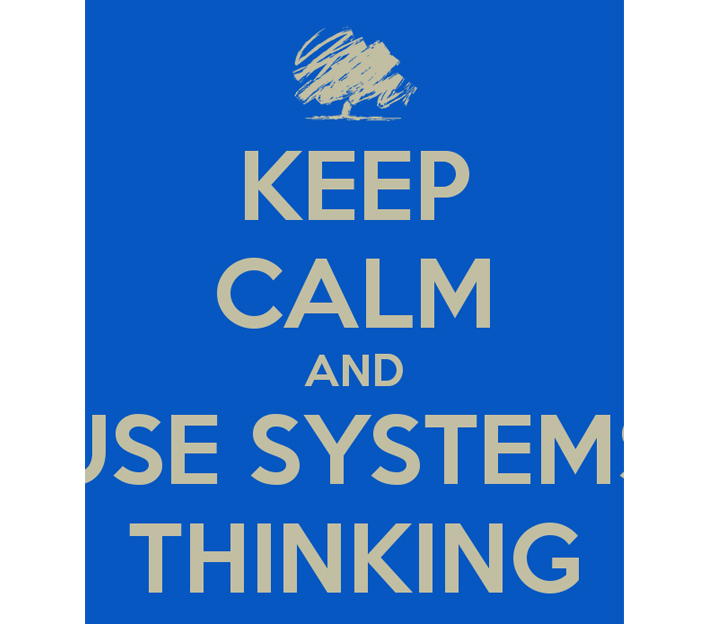 Through applying a systems lens to the discussion introduced by J.K Gibson-Graham, we can also assist in a mind shift away from “an inside” and “an outside”, as in capitalism vs. its “marginalized other”. Seeing through the systems lens, all we see is a variety of larger scale and smaller scale systems with varying behaviors, and it´s up to us to decipher which ones we want to build according to.

I will end this blog post with a quote from “Thinking in systems” by Robert Prison: “If a factory is torn down but the rationality which produced it is left standing, then that rationality will simply produce another factory. If a revolution destroys a government but the systemic patterns of thought that produced that government are left intact, then those patterns will repeat themselves…”

This post was originally written as part of the course “Design for the century” taught by Ed Keller and Melanie Creen at Parsons/The New School.

0 comments on “Systems thinking and capitalism”