How do you create a truly collaborative performance environment, where the individual creativity of actors, designers and musicians is carefully weaved into a dynamic whole? What is the experience of an “obres” – the Russian concept that describes a sort of theatrical “image” that does not illustrate a different world, rather brings it forth? And who on earth is Dr KOKO Björkkvist Hazrat-e Ellieh Aalieh Shaahzaadeh Khanoum, and what is her relationship to Johanna Tysk?

During the Fall and Spring semesters during my first year at The New School, I have had the privilege of exploring above-mentioned topics, through The New School´s two year partnership with Krymov Labs, lead by Moscow designer/director Dmitry Krymov, acknowledged as one of most innovative theatre-makers in the world.

It´s a collaboration that brings together actors, designers and musicians from Parsons, Mannes and the School of Performing Arts at TNS, in a joint effort that no one knows where it will land until it lands. As Dmitry put it during one of our first meetings: “I don´t know you and you don´t know me yet, so how will I know what we will create together?”. 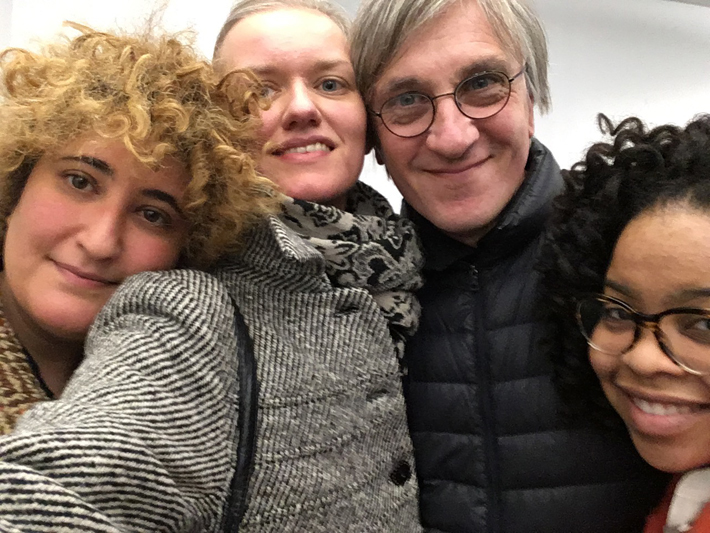 After the first semester´s more open-ended explorations, the second semester we were all asked to bring in a character of our making, bit bizarre yet fully human, in NYC to audition for a shared performance event. Each character was crafted through an initial biography (that might change along the way) as well as make-up and clothing.

And this is how Dr KOKO Björkzadeh was born, my Persian-Swedish physician-dancer-mystic alter ego, drawn from sub conscious depths, mine and those I care for, as well as inspiration from the book The Tao of Physics by Fritiof Capra. A character born as the only element in between vastly different worlds – a force field that can either kill you from the inside or make you more alive than the deepest ocean or the wildest forest. (Photo below by Jahi Joiner) 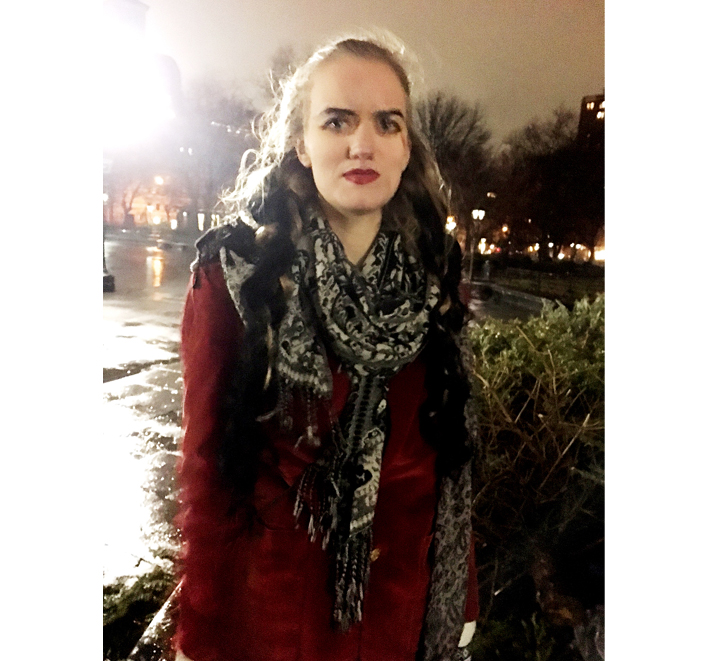 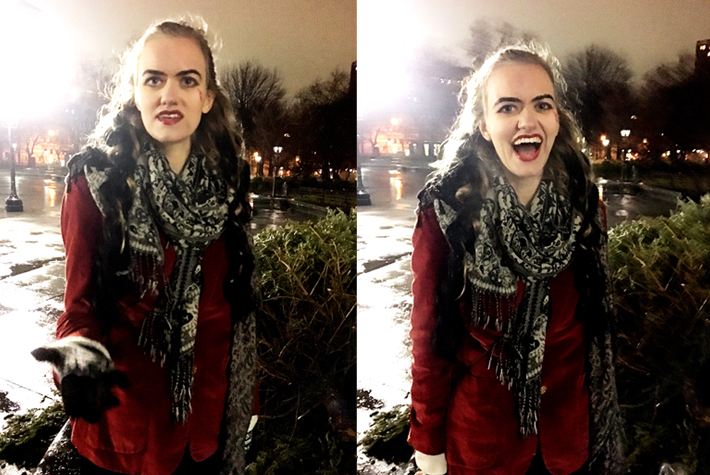 This is how her story starts:

Dr KOKO was conceived of on a meadow under the midnight sun in Northern Sweden during an awkward and drunken summer evening. Her mother Stina Björkkvist– a very tall and broad shouldered Swedish woman of peasant origin – was giggling and speaking dirty Swedish during the entire act. Her father Hazrat-e Ellieh Shaahzaadeh Azad Rezazadeh, a Persian tourist of royal descent, was not amused, but since he always finished what he had started he brought the act to its end in a noble and sophisticated manner. How they ended up on the meadow only the cows overseeing the act would know. Azad was the first to wake up the following morning, bothered by the heavy breathing of Stina. He begged Allah for forgiveness for his impulsive behavior, and quickly scribbled down a note saying “All my good manners have moved a thousand miles away. The starts and the moon are envious of each other. Because of this alienation the physical universe demands the bazaar of my existence to go. Don´t call me”. He then left the village never to return.

Eight months later, in the midst of never-ending winter darkness, Dr KOKO was born on the same meadow where she was conceived. It was a big day for the village. Never before had they seen a child with black bushy eyebrows, clear blue eyes, and hair made of black curls and golden locks. The child was named KOKO after the village pig which Stina had a special relationship to.

Dr KOKO turned out to be quite a strange child. Not only was she caught with mannerisms very alien to the simple-minded people of the village – such as folding napkins, reciting poetry to the pigs, and playing classical music while watching the sun and the moon shift in value and quality of light. She also tried to open or dig into everything in her close proximity, with an intensity far beyond any regular child. She would try to force open any door she could see, wiggling the door knobs for hours on end if she did not get her will across. She would dig deep into the mud of the pigsty to try to get to the bottom, creating enormous piles of mud that Stina had to take care of. Tear off the bark of entire trees to see what was underneath. Lick the sweat off the cows to try to properly understand the sensory qualities of cow sweat compared to human sweat. Once she was caught trying to open her own head with a stone. In secret, when she was not caught up with the shifting nuances of the moon or the sun, KOKO would stare at her own face in the mirror for hours on end, wondering if there was anyone on this earth that could possibly understand her vastness.

Our characters were then introduced through an “interview process” with the ensemble, where they were interrogated to bring out as much volume as possible in the character. During this bit gruesome and deeply challenging process, I came to realize Dr KOKO was much younger at this time than where my story of her ended at age 42, with much more issues and “shit to get together” than I had thought beforehand. A realization that could only come from the embodiment of a character that once created really has a life of her own, her own integrity of sorts, and her own will, tied perhaps to parts of myself that are not yet fully conscious.

So this is how the video featured at the top of this blog post came about, when Dr KOKO decided to step out of the interview process to share her thoughts on it with the ensemble, as well as set some lies straight, in conversation with feminist science fiction writer Mary, the character of Noa Bartfeld (also a student in Transdisciplinary Design).

Perhaps an obres, perhaps not? Either way the birth of someone not to be ignored,  vibrating from the depths of her own wounds and the desire to see and be seen, move together in dynamic equilibrium.