Sometimes one has to go all the way to another continent to learn to see whatever is going on in your own backyard with new eyes… During my very first week at Parsons I attended the one-week “Disorientation” session arranged by the Urban department, where Transdisciplinary Design students along with Urban students critically examined the Manhattan development project Hudson Yards from various social and cultural perspectives. During this session, I found surprising links to literally by own backyard – or the backyard of my parents in Kista, Stockholm – bringing new light to the links of my own home community to global structures of technological opportunity and ideological blindfolds.

Read an account of my part of our presentation below:

In “Instrumental City: The View from Hudson Yards” By Shannon Mattern we are introduced to the term smart cities. This term describes a global phenomenon defined by a strong belief in technology and the collection of big data as a tool for improved quality of life, sustainability, citizenship, cultural, social and economic development – pretty much everything you could ever ask for in a city. 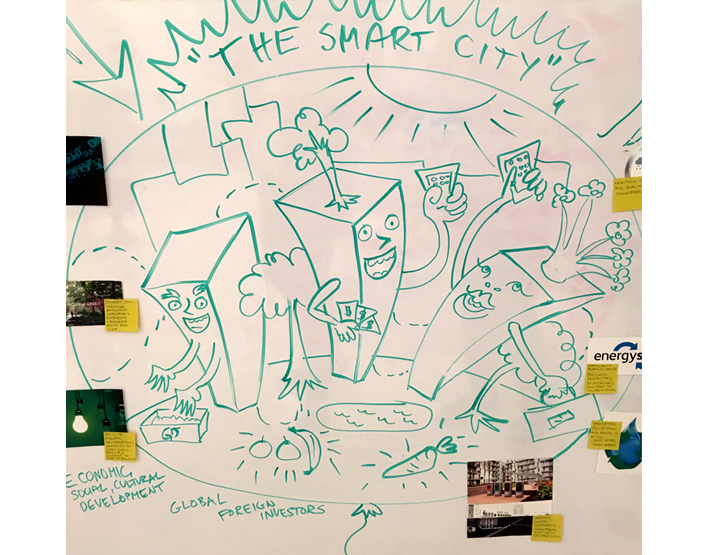 In her essay, Shannon Mattern “strips” this term off its idealized shimmer in relation to its application in the Manhattan development Hudson Yards. She does so by exposing its underlying ideologies and “urban imaginaries”, one of them the belief in “techno scientific urbanism” where centralized planning and data analysis is seen as a “fix” for any urban problem. Through her essay, she questions efficiency as the ultimate good, asks what possibilities for citizenship that the ideologies of the “measurable human” creates, and poses questions of privacy.

Imagining alternative ways of practicing data driven urban intelligence, ways that address the critical questions posed by Shannon, can feel like a daunting task. I would therefore like to share my own experiences of living next to one of the “smart city” centers in Northern Europe: Kista Science City in suburban Stockholm.

Kista Science City is marketed as the Nordic Silicon Valley, being the 3rd largest ICT cluster in the world. On the Stockholm City website, Kista Science City is described through words like diversity, freedom of choice, connectivity and active citizen involvement, explaining that “efficient public services are key factors in a thriving city and should be characterized by a common desire to prioritize citizen´s different needs and desires”. So far so good. Problem is, that this empire of “urban smartness”, has grown prosperous and award-winning, parallel to the steady decrease in socio economic status and general wellbeing in the immediate neighborhoods surrounding it (the areas where I´m raised), a development I have observed over the last 10-15 years.

Googling “Kista Science City” you find images of white men in blue and white shirts, whereas googling “Husby” (which is five minutes walk from Kista) brings up images of ethnic diversity (the area comprised of roughly 80% citizens of non-European background), burning cars but also active community engagement. It´s by large two different worlds, where the self proclaimed “smartness” of Kista Science City has not managed to bridge the social disconnects to even its immediate surrounding, nor fulfilling their broad claims of citizen involvement, diversity and connectivity. 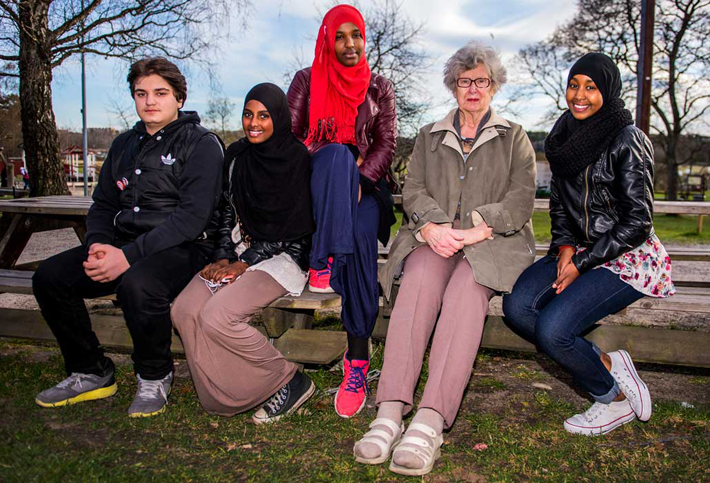 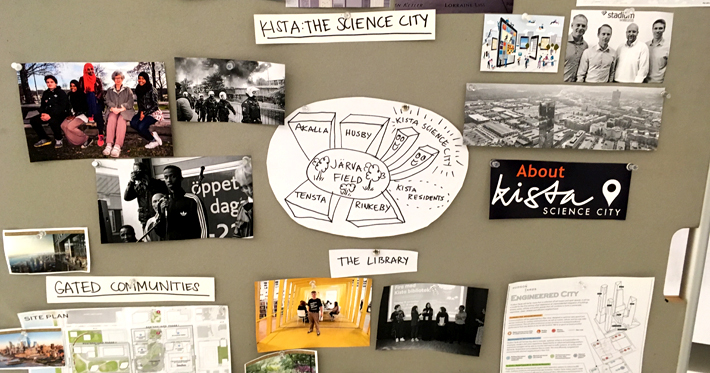 Thinking like a designer, I do search my experience bank for examples of places where I have seen these “two worlds” meet, something that could be built upon, and also address some of the issues raised by Shannon Mattern in relation to Hudson Yards. And what comes to mind is the public library inside Kista Galleria, a display in technological and designerly bravado, but also a platform for social, political and cultural action for citizens from the entire surrounding area, driven by a vastly different idea of citizenship compared to the “citizen as customer” usually praised by the proponents of smart cities.

Interestingly enough, Shannon mentions the public library in her article as an ideal venue for public pedagogy as it relates to “civic education to inform residents and visitors about what makes their communities so “smart”, and about their own potential for managing the use of the data they generate”. I see further potential for discussions on citizenship, urban planning and sustainability in its broader terms (social as well as environmental) – platforms drawing upon both the “smartness” of the smart city, and the knowledge held by those engaged in local community work addressing the very human dimensions of ideals like sustainability, citizenship and “fixing” urban problems. Only when these very different viewpoints and tools are in conversation, on-going ones, on a “neutral arena” in service of the larger community, could the potential of “smart technology” as a servant of a more sustainable society be fulfilled.