« The great white war and competing visions of the American future
Save the Children and Fwd Malmö: Social sustainability work in action »

What might a full systems approach to the needs of young people living in an area like Stockholm suburb Tensta look like, and why is this kind of approach necessary? What actors, methods and frameworks might be relevant, and what crucial insights or starting points would prevent the endeavor from becoming yet another “world café” type of brainstorming session with little effect on the locked positions characterizing much of the citizen-public sector relations in an area like Tensta?

A first attempt at imagining an answer to this question, came through a class in Organizational change, as well as inspiration from on-going conversations with non-profit Save the Children in Malmö, Southern Sweden, who have started mobilizing actors across the public, non-profit and corporate sectors in the formation of the network “Sustainable Malmö”.

When trying to achieve systemic change, we have learned from systems thinking that bringing to the surface and re-thinking the mindset or paradigm out of which a system arises, is one of the highest leverage points for lasting change. From organization development theory, we further learn that “Organizations are not, in an existential sense, real. They are ideas, concepts and shared abstractions. Thus, organization development is not possible. What is possible is the development and nurturing of people with the propensity to bond with others, share common visions, and choose to work in collaboration for common goals.” (Tolbert and Hanafin).

Thus, the need to re-think and re-do the idea and the practices of the Swedish welfare state. In the words of change leader Mikael Sandgren at Save the Children, “moving from the idea of the welfare state to the welfare society”, comprised of a variety of stakeholders taking a shared responsibility for the the well-being of the overall system.

The organizational change proposal I will present below, is a fictional assemblage of many years of conversations and observations from various angles and across Malmö and Stockholm. Thus, it is inspired by my conversations with Save the Children, but should not be read as an accurate representation of their views.

“Thank you Save the Children for asking me to work with your Tensta division in Stockholm, in implementing a large system intervention involving various stake holders connected to the well-being of young people in the area. We understand that you are a national non-profit organization with 76 000 members, founded almost 100 years ago with the mission of standing up for the rights, needs and voices of children, teenagers and young adults. We further understand that you have initiated work on a national level, towards re-thinking the welfare state, recognizing that your historic role of lobbyists in relation to the public sector has proven insufficient in addressing the needs of young people, as it doesn’t address the problem from a systemic point of view. 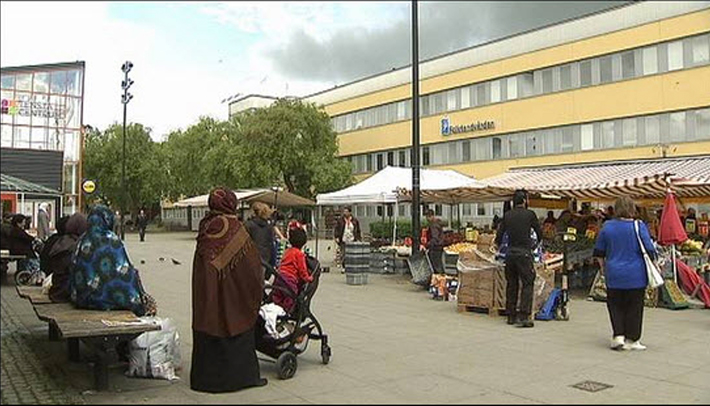 You have chosen the area of Tensta since the situation for young people in regards to quality of education, deadly violence, crowded housing and unstable and financially strained family situations is particularly challenging here. We understand that Tensta has a population of roughly 17 000 citizens, 85% of which are born or have at least one parent born in a non-European country, reflecting an ethnic and socio-economic segregation pattern apparent also in other major urban centers across Sweden. This, in your view, provides grounds for prototyping change that  might prove beneficial also for other socio economically disadvantaged communities across Sweden. My immediate collaboration partners at Save the Children will be both representatives from the national level and a core team out of the staff of 10 people working on the ground in Tensta.

We have a shared understanding that the issue is not primarily one of financial resources, as the area has one of the highest teacher-student ratios in Stockholm, the largest police force, the biggest social sector, the most youth centers available etc. Simply doing more of the same – channeling more resources into the same old system – seems not to be sufficient, as long as this system remains divided into siloed perspectives, rigid power structures, stale relationships and outdated ways of working where, as you have explained it, “it is more important to not do something wrong than to do something right”.

You have described the frustration you have felt during meetings between the municipality and various citizen groups, set up in an oppositional way where the citizen groups share everything they see wrong about the leadership of the area, and the leadership defend themselves in order to “save their face”, both parties leaving unsatisfied and more set in their opposition of one another.

You have further described private conversations you´ve had with both citizens groups and the municipality, where both sides express their respective frustrations. Citizens, feeling powerless, not listened to and supported according to their realities and cultural backgrounds, with a deep mistrust of change initiatives that never seem to deliver desired results. Municipal staff, feeling trapped between demands from mandates laid out by Stockholm City, demanding results based on a lack of understanding of the reality they are faced with, and the community they serve. Further, you have described how your own staff, along with other nonprofits operating in the area, have felt overwhelmed with the immediate social needs to attend to, unable to find time or space to think through long-term strategies for effective change work. 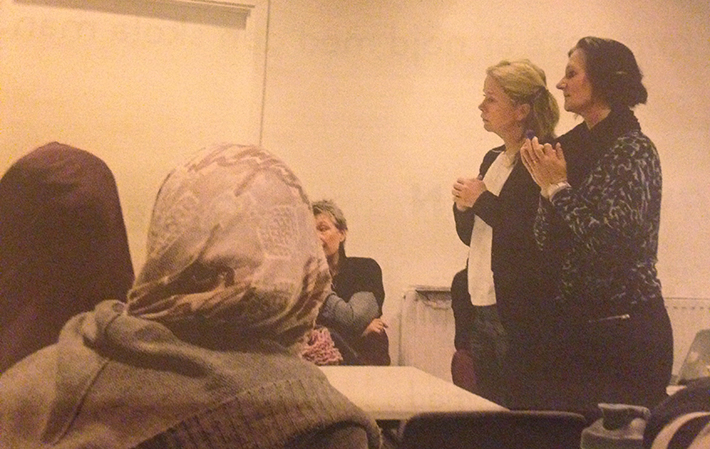 In our discussions, we have come to the conclusion that in order for meaningful change to occur, a whole systems approach needs to happen, where all actors of the larger system affecting the situation of young people – including non profit organizations (large and small), various citizen groups, Stockholm City and its subunit of the community district of Spånga-Tensta – need to come together, understand the issues at hand together, find common ground and build a shared vision of a desirable future. In the process, reconfiguring relationships and power dynamics, encouraging self-reflection on the part of everyone, and leveraging the strengths of each stakeholder towards the wellbeing of the young people of the area. We understand that you see your role in this as facilitator and
bridge between various stakeholders through your somewhat neutral position as a nonprofit organization, able to mediate and understand the perspectives of both citizens and public sector.

You have declared your interest in my services based on the unique competency I hold through my degree in Transdisciplinary Design, with a special focus on management and organizational change. We have established shared values in regards to human-centered design, the importance of organizational self-reflection and learning, and the need for systemic approaches, networks, trial-and-error, and co-creation.

You also acknowledge my experiences of seven years of community organization and creative change work in Tensta, as well as the performance based research I have conducted. This research, as discussed, maps issues of race, immigration and performed roles in relation to the area and the larger context of Sweden, identifying key issues and tensions in the relationship between young people in the community and public officials.

We have a shared understanding of the problem as being one much connected to dysfunctional relations, roles and expectations, many of them rooted in the idea of the Industrial “face less” welfare state that provides for groups and classes, where individuals are seen as passive beneficiaries of services rather than active co-creators of the welfare state they are a part of. This relationship has proven to be extra dysfunctional in regards to situations charged by racial prejudice, where relationships between the public sector and communities of color suffer even more from helper-victim, or protector-aggressor patterns in their relationships to each other. We both recognize the need for a shift in culture and relations, towards a culture of psychological safety, experimentation and individual agency, both on behalf of citizens and public sector staff.

« The great white war and competing visions of the American future
Save the Children and Fwd Malmö: Social sustainability work in action »