In my previous blog posts “A case study: The great white war and a dysfunctional organizational culture” and “On anti-immigration sentiments and insufficient liberal resistance strategies”, I introduce the idea of what I would label “the great white war”, or the war between a group of white-identifying people in favor of a non-racist and multi cultural society, and another group of white-identifying people against such a development.

Through these two case studies – one describing an incident at a local community house in my former home community in Stockholm, the other the global media dramaturgy following Trump´s twitter comment on Sweden as a country where immigration is leading to destruction – I point to the crucial role of conflicting notions of white identity within the systems that determine much of our current political and social developments, in the US as well as in Sweden. This identity war is one that I find is rarely acknowledged within mainstream social justice discourse, nevertheless I believe an important dynamic and one that needs to be taken into account whenever we strive towards real systems change.

In this post, I would like to introduce a third layer to this discussion, through an essay I wrote for a class in Visual and Spacial Politics, shortly after the election of Trump in the Fall of 2016. In this essay, I discuss how this identity war plays out in conflicting visions of the future, presented on the one hand in a publication produced by the platform Global Detroit, and on the other hand groups of ecologically minded anti-immigration activists, as described in the book “Border walls gone green” by John Hultgren. 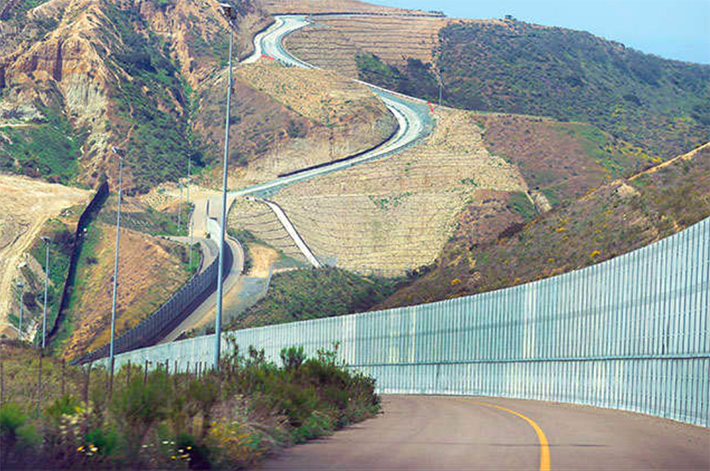 Excerpt from the beginning of the essay:

“What role does ideas of “the immigrant” play in the current political landscape in the US? What can these images reveal about unspoken fears, desires and projected images of self, and how might these layers of affect play into political dynamics? Finally, where do these insights lead us in terms of creative strategies for moving forward in a political landscape defined by deep divisions, growing xenophobic sentiments and ever-increasing complexities?

I would like to start by properly framing the context for my inquiry, which is the rapidly changing political landscapes of the US, with many parallels to recent developments in Europe and other parts of the world. The issues at hand have exposed our deep entrenchment in what could be labeled as the school book example of a “wicked problem”: “a problem that is difficult or impossible to solve because of incomplete, contradictory, and changing requirements that are often difficult to recognize”.

As the “defeated liberal side” is grappling to identify the elements behind the “Trump crisis” and understand their relationship to each other – is it primarily a matter of race? class? economical developments around globalization? city/rural divides? religious divides? constitutional inadequacies? – I believe one way of starting to unpack this scenario in a constructive way, and identify strategies of moving forward – is looking at the “mental models” or images of projected futures that are shaping our current political landscapes.

Visions of the future always contain affective dimensions, rooted in conscious and unconscious needs, desires, hopes and fears. Just like the power of branding, they are extremely effective in confirming and speaking to deeply held beliefs connected to identity and self image, oftentimes with an implicit “other” or implicit “others” used to confirm this self image or identity.

A key projection surface of these ideal futures is, as this recent US election has made very clear, the element of the “non-white immigrant”. In the readings “Global Detroit” and “Border walls gone green”, we find two examples of extremely different projections of the future – one portraying immigrants as bright, hard-working and successful contributors to the US economy, and the other portraying them as a threat to the cultural and ecological future of the country. Together they expose the US as a battle ground for competing visions: an existential crisis of sort with no unified vision of what America is or what it should be.

In this essay, I wish to examine these projections, with special focus on “Global Detroit” as this publication in many ways represents the “competing vision” used to “battle” the xenophobic vision of the conservative side. In my inquiry, I will look for gaps and interconnections in relation to the xenophobic visions examined in “Border walls gone green”, hinting towards possible contradictions in spoken and implicit agency. Unpacking and scrutinizing “counter visions” of any kind of resistance strategy, I believe is of utmost importance for anyone wanting to achieve social change, as it can reveal gaps, inconsistencies between statements and actual behavior, and inherent but not acknowledged “othering” that unintentionally may act as agents in the web of relations you are trying to have an effect on.